Obama now has enough support to overcome GOP opposition to Iran deal, virtually assuring the Tehran regime will get nuclear weapons in the future 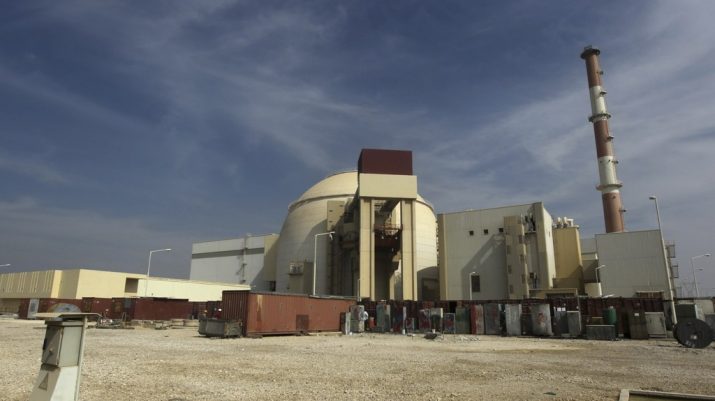 (NationalSecurity.news) With the pledged support of retiring U.S. Sen. Barbara Mikulski, D-Maryland, President Obama is now very likely to have enough backing to overcome Republican opposition to his Iran nuclear deal, one that critics say virtually assures that the self-described “Islamic Republic” will one day become a nuclear power.

As reported by Fox News, Mikulski pledged that she would support the deal ahead of a speech on the agreement by Secretary of State John Kerry, making her the 34th senator to support the accord. That number gives Obama enough backing to sustain an expected veto of a GOP-led bill opposing it, should it pass later this month.

“No deal is perfect, especially one negotiated with the Iranian regime,” Mikulski said in a statement. “I have concluded that this Joint Comprehensive Plan of Action is the best option available to block Iran from having a nuclear bomb. For these reasons, I will vote in favor of this deal.”

Those who oppose the deal include many Republicans in Congress, ex-military leaders and Israeli officials. However, unless a current supporter flips his or her vote, Obama appears to have the critical coalition in place to preserve the agreement.

Kerry is scheduled to deliver a major policy speech in Philadelphia next week, Fox News reported. He is also planning to distribute a letter to every member of Congress outlining American security commitments to Israel and the Gulf Arab states in light of the deal.

His speech will focus on how, in their view, the international agreement makes the U.S. and its allies safer and how the deal is being mischaracterized by some opponents, Fox News reported.

Over the weekend of August 30, more than 200 retired American military generals and admirals signed a letter published in The New York Times opposing the Iran deal, saying all it will do is hasten Iran’s rise to becoming a nuclear power, and that such a development will lead to a nuclear arms race in one of the most volatile regions of the world.

“This agreement will enable Iran to become far more dangerous, render the Mideast still more unstable and introduce new threats to American interests as well as our allies,” the letter, which previously had been sent to congressional leaders, reads. “In our professional opinion, far from being an alternative to war, the Joint Comprehensive Plan of Action makes it likely that the war the Iranian regime has waged against us since 1979 will continue, with far higher risks to our national security interests. Accordingly, we urge the Congress to reject this defective accord.”

Kerry and Obama have said that the deal is needed to prevent a nuclear arms race – a view not shared by many others.

Critics of the Iran deal also point to the failure of diplomacy regarding the Agreed Framework, a Bill Clinton-era multi-nation agreement with North Korea that was supposed to have enticed that nation not to build nuclear weapons – which it eventually did anyway.

As reported by The Hill, Israeli Prime Minister Benjamin Netanyahu, who delivered a speech before the U.S. Congress earlier this year denouncing the Iran deal, said he had no problem with Tehran having a “civilian” nuclear program.

“Allow me to make clear that Israel is not opposed to a civilian nuclear program in Iran,” he said in Florence, Italy, Saturday evening, The Hill reported, citing The Jerusalem Post.

“We are opposed to a militarized nuclear program in Iran,” Netanyahu said during a visit with Italian Prime Minister Matteo Renzi.

“Unfortunately, the deal with Iran enables it to preserve — and even to expand — its vast nuclear infrastructure which is completely unnecessary for a civilian nuclear program but is vital to manufacturing nuclear weapons,” the Israeli leader added.

“[It lets Iran] enrich as much uranium as they wish at whichever level they wish,” Netanyahu said, referencing the supposed expiration date for a cap on Iran’s uranium stockpiles in 13 years.

“This will bring the Islamic state of Iran — which is engaging in global terrorism — to the threshold of an entire nuclear arsenal,” Netanyahu added.