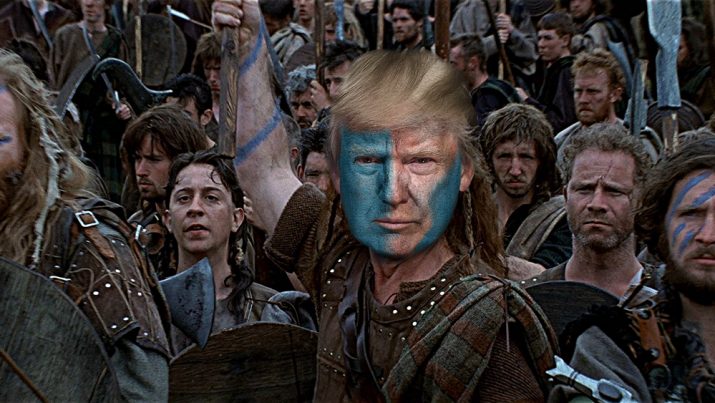 “To every thing,” observed the sage of Ecclesiastes, “there is a season…. A time to be born, and a time to die; … A time to kill, and a time to heal; a time to break down, and a time to build up,” et cetera. What this estimable observer of human life omitted from his bracing catalogue of oppositions is the fact that one side of these partnerships tends to be much easier to accomplish than the other.

To the eye of experience, this is obvious. How much time, labor, and inherited expertise go into building an automobile, a house, a city, a civilization. How quickly they can be destroyed by disaster or neglect.

Our house on Long Island Sound was built in 1924 as a summer cottage. Over the years, various owners added this and that, until it was a modest suburban home. Over the course of a few hours in October 2012, it was all but destroyed by Hurricane Sandy. It took more than a year, much labor and a lot of money, to put everything back together.

Look at Venezuela. With the world’s largest proven oil reserves, the South American country emerged from military rule in 1959 and became a bastion of prosperity in the Southern hemisphere. Then came the socialist Hugo Chavez in 1999. His policies pushed the country into decline, slowly at first, and then rapidly. Today, under the rule of Chavez’s hand-picked successor Nicolás Maduro, the country is on the verge of collapse. Inflation is running at 40,000 percent, there are widespread shortages of food, medicine, and other basic necessities, looting and corruption are rampant, people and capital are fleeing the country.

It did not take long to destroy Venezuela. It will take many years, much heartache and suffering, and enormous resources to put it back together.

There is a lesson here for the loud and unseemly American Leftists and their unlikely brethren, the soi-disant “conservative” Never Trumpers, who are trampling on civility, rejecting the processes of democratic governance, and encouraging violence. “There’s a deal of ruin in a nation,” Adam Smith observed to a disconsolate Brit during the American Revolution, especially a nation as prosperous and stable as the United States.

But even here there is a ne plus ultra, a threshold of destructiveness beyond which “things fall apart,” as Yeats put in it in The Second Coming, and “the centre cannot hold”:

Mere anarchy is loosed upon the world,

The blood-dimmed tide is loosed, and everywhere

The ceremony of innocence is drowned;

The best lack all conviction, while the worst

Are full of passionate intensity.

Representative Maxine Waters with her incontinent ravings; Never-Trump commentator Jennifer Rubin pronouncing a “lifetime sentence” of harassment upon Donald Trump’s press secretary Sarah Sanders because she supports the president. Such “passionate intensity,” I submit — and you, Dear Reader, can supply a hundred additional examples — are both childish and irresponsible.

The fact that they are also so widespread has led some demagogues of destruction to wax gleeful about the prospects for “The Resistance.”

Consider, to take one pedestrian example, “We Need Nonstop Protests Against Trump — and Here Are 20 New Ways to Do It,” a excited, 1960s-style effusion in the Daily Beast.

“One of Donald Trump’s major accomplishments,” the author writes, “has been to catalyze a widespread resistance movement to thwart his policy agenda and to challenge his efforts to dismantle the fundamental norms and institutions of American democracy” (my emphasis).

Let’s pause here for a moment. The major premise of “The Resistance” is that Donald Trump is uniquely awful and that his unprecedented awfulness justifies an unprecedented reaction. “What Trump is doing to this country,” the subhead to this article says, “is unprecedented — and it demands full-time citizen action to show the world that we who dissent are the majority.”

The problem (well, one problem) with this argument is that Donald Trump’s is by no means “unprecedented” or even unusual. Granted, his rhetoric can be inflammatory (and, for some of us, extremely amusing). But his actions are methodical, thoughtful, and (what’s more) effective.  His first seventeen months in office have been nothing less than extraordinary in their litany of successes. Superb judicial appointments, welcome tax and regulatory reform, economic growth, consumer confidence, military preparedness, and that difficult-to-measure but still palpable quality of national morale: all on the upswing. These are good things, not bad things. And they are just a few of the many successes Donald Trump has presided over in his short time in office. Yeats said that “the best” lacked all conviction, but I think a good case could be made that those whom Hillary Clinton dismissed as “deplorables” are in many ways the nation’s “best,” and that they have rediscovered and revivified their sense of purpose.

Moreover, the “dissenters,” far from being a “majority,” are in fact a tiny minority cloistered mostly in three protected menageries: 1) the universities; 2) Hollywood; 3) the media. (The author of the Daily Beast column, I note, is a professor at Occidental College and author of The 100 Greatest Americans of the 20th Century: A Social Justice Hall of Fame. Right.)

This article in the Daily Beast, like so many anti-Trump fusillades, cloaks itself in the mantle of “democracy.” But the dirty little secret of The Resistance is that what it is “resisting” are the results of a free, open, and democratic election. Donald Trump won in 2016. Hillary Clinton lost.  That is the painful, indigestible, intolerable reality. The Resistance is therefore on the side of the enemies of democracy, and its never-ending cascade of calumnies about how Donald Trump is “dismantling democracy” is just a blind, what Freudians would call “projection” and Marxists “increasing the contradictions.” A more commonplace phrase is “arrant nonsense.” They don’t like the results of the election. That does nothing to invalidate it. They don’t like Trump’s pro-American, pro-growth policies: most people do.

My larger point, however, has to do with the baleful effects of the antinomian antics of the anti-Trump “Resistance.” Their histrionics take place against the background of, and with the tacit license of, a stable and forgiving social structure. But should the Resistance actually achieve the ends it pretends to want, that stability and largesse would vanish like dew off a morning rose. I have often had occasion to quote something by Evelyn Waugh that bears upon this point. Writing in the grim days of 1938, Waugh noted that “Barbarism is never finally defeated”:

[G]iven propitious circumstances, men and women who seem quite orderly will commit every conceivable atrocity. The danger does not come merely from habitual hooligans; we are all potential recruits for anarchy. Unremitting effort is needed to keep men living together at peace; there is only a margin of energy left over for experiment however beneficent. Once the prisons of the mind have been opened, the orgy is on. There is no more agreeable position than that of dissident from a stable society. Theirs are all the solid advantages of other people’s creation and preservation, and all the fun of detecting hypocrisies and inconsistencies. There are times when dissidents are not only enviable but valuable. The work of preserving society is sometimes onerous, sometimes almost effortless. The more elaborate the society, the more vulnerable it is to attack, and the more complete its collapse in case of defeat. At a time like the present it is notably precarious. If it falls we shall see not merely the dissolution of a few joint-stock corporations, but of the spiritual and material achievements of our history.

I think it is worth bearing Waugh’s astringent observations in mind as we contemplate the childish, anti-democratic extravagances of the Resistance, that the contest between barbarism and civilization is perpetual. There are no permanent victories, only permanent values. There is, to quote Ecclesiastes again, “Nothing new under the sun.” It is something worth remembering as you listen to Maxine Waters rage, to anti-Trump television personalities call for a recession to check the president’s popularity, or democratic mega-donor Tom Steyer fantasize about nuclear war in order to undo Donald Trump. CNN’s Jim Acosta is exercised that Donald Trump calls the mainstream media “enemies of the people.” But the people seem to agree with the president. It’s harder to build than destroy.