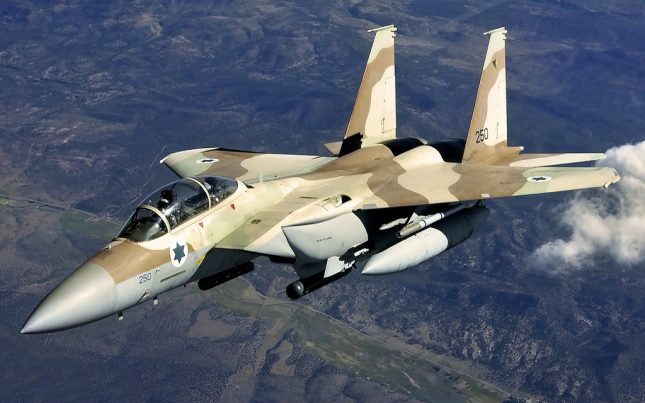 (NationalSecurity.news) Though both governments believe Iran to be the preeminent threat in the Middle East, the Israeli and Saudi Arabian governments are about to become major beneficiaries of the Obama Administration’s nuclear deal with Tehran.

As reported by The Washington Free Beacon, Secretary of State John F. Kerry moved on Wednesday to reassure Congress that Israel, along with the United States’ Gulf Arab allies, would be taken care of in the wake of the controversial deal, which Kerry admitted would not end Iran’s support for terrorism, according to a letter sent by the secretary to lawmakers.

Moments after the Obama Administration secured enough votes from senators to sustain a presidential veto over Congress’ likely rejection of the deal, the letter from Kerry suddenly appeared in the inboxes of lawmakers’ offices all over Capitol Hill.

In it, Kerry accedes that Tehran will continue to sponsor and support terrorist groups throughout the region and the world and, as such, the U.S. will boost military aid and support to Israel and Gulf Arab states like Saudi Arabia.

The WFB reported that the letter is in response to concerns among members of Congress, officials in Israel and Gulf Arab nations that the nuclear agreement will only boost Iran’s support for terrorism and leave traditional U.S. allies vulnerable.

“Important questions have been raised concerning the need to increase security assistance to our allies and partners in the region and to enhance our efforts to counter Iran’s destabilizing activities in the region,” Kerry wrote. “We share the concern expressed by many in Congress regarding Iran’s continued support for terrorist and proxy groups throughout the region, its propping up of the Assad regime in Syria, its efforts to undermine the stability of its regional neighbors, and the threat it poses to Israel.”

The Obama White House, Kerry said, is under “no illusion that this behavior will change following implementation of the JCPOA,” or Joint Comprehensive Plan of Action.

“The president has made clear that he views Israel’s security as sacrosanct, and he has ensured that the United States has backed up this message with concrete actions that have increased US military, intelligence, and security cooperation with Israel to their highest levels ever,” the letter states.

The Secretary of State further outlined ways in which the White House plans to enhance security cooperation with nations in the region.

Israel, for instance, will be the first country in the region to get a U.S.-made next-generation F-35 fighter aircraft in 2016.

In fact, Kerry noted, the administration recently “offered Israel a $1.89 billion munitions resupply package that will replenish Israel’s inventories and will ensure its long-term continued access to sophisticated, state of the art precision guided munitions.”

Other nations, including the Saudis, will get additional arms shipments and “capabilities needed to deter and combat regional threats, including terrorism and Iran’s destabilizing activities in the region,” Kerry wrote.

The WFB noted that some on Capitol Hill were not “fooled” by the gestures.

“Let’s not be fooled about what the letter represents,” one unnamed congressional aide told the website. “This desperate move to placate Israel and our Gulf partners is a tacit acknowledgment that Iran will expand its international terror regime thanks to the nuclear agreement.

“If this is such a good deal, why does the administration feel compelled to immediately offer arms packages as compensation to our regional allies?” the source continued.

“No amount of conventional weapons can neutralize the threat posed by the mullahs acquiring nuclear weapons,” the source said. “This type of appeasement is a slap in the face to our closets allies and a wink-wink to the dictators in Tehran.”