Pentagon tries to clarify what happened to U.S.-trained Syrian rebels who defected to al Qaeda, but instead proves how misguided Obama’s strategy really is 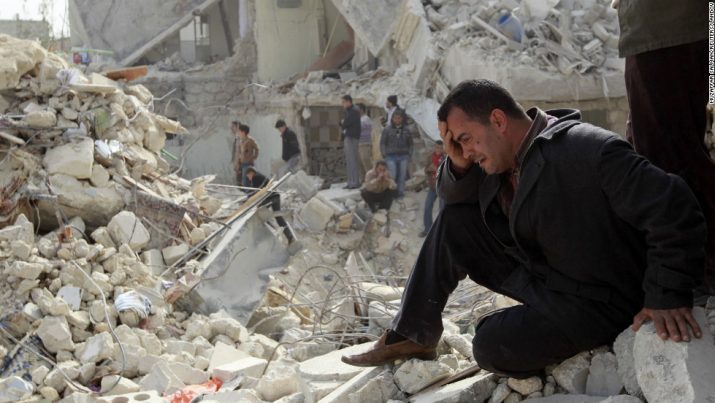 (NationalSecurity.news) As outgoing Joint Chiefs of Staff Chairman Martin Dempsey leaves behind a world much more unstable than when he began his military career 40 years ago during the Cold War, his successor will inherit a mess.

Not that it is Dempsey’s fault. After all, he’s a soldier, and he follows orders.

At present, the Pentagon appears disjointed and out of sync, as does NATO in general. But all of that can be laid at the feet of his Commander-in-Chief. Under President Obama’s leadership, the Defense Department appears unable to cope with a myriad of deteriorating situations, from Afghanistan to Libya, and from Europe’s refugee crisis to the organization – ISIS – whose wars in Syria and Iraq have contributed it.

Yes, it’s really that bad. And yes, the president is responsible for much of it.

Consider recent reports stating that U.S.-trained Syrian “rebels” – forces that American taxpayers unknowingly funded and that the Pentagon sought to deploy as surrogate ground forces against ISIS – no sooner made it to the combat zone than they promptly contacted a local al Qaeda-affiliated group, surrendered to it and turned over all the weapons they’d been given.

As reported by The Daily Beast, which published an account of the betrayal, the Pentagon spent days essentially denying the incident had happened – only to belatedly, clumsily and without credibility, sort of, kind of finally admit to it:

The Pentagon, responding to reports in The Daily Beast that a specific U.S.-trained commander had defected along with most of his unit to a group affiliated with al Qaeda, will now concede that an unnamed commander who actually had been rejected by the U.S. as a possible trainee for the fight against the self-proclaimed Islamic State had somehow acquired access to U.S. equipment that he then handed over to al Qaeda affiliates.

The Pentagon’s half-admission, coupled with the fact that journalists covering this issue have had to rely on statements from jihadist groups to help flesh it out, show just how opaque the Obama Administration is regarding its Syria effort, and how little anyone outside of the President’s inner circles really knows what’s going on.

That this is Obama’s mess should be obvious; this is his strategy, if you want to call it that, so he gets ownership of it, even if he would rather avoid it and blame his ineffectual efforts to rein in the Islamic State on the Defense Department. After all, he’s the “I got us out of war” president, come hell or high water.

Hell is what the region is getting for our sudden lack of involvement, however – and there will be further hell to pay, as evidenced by the sea of migrants streaming into Eastern Europe.

What makes this comedy of errors more searing is who keeps stepping into the power vacuum left open by Obama: Russia.

In recent weeks, President Vladimir Putin has established forward operating bases in Syria, deployed troops, tanks and combat aircraft, and, as The New York Times reports, surprised the U.S. by striking an intelligence accord with Syria, Iran and Iraq.

But Putin’s motives are different from Obama’s; the former’s actions are in support of Syrian President Bashar al-Assad, but Obama wants him out – just not badly enough to commit real American power to the effort.

Hence the disjointed, half-hearted and predictable ineffectiveness of the U.S. strategy against ISIS.

Things are a mess at the Pentagon, as evidenced by this Syrian rebel fiasco, and Dempsey probably thinks he can’t get out the door fast enough. But his successor will inherit a globe full of conflict, with numerous disasters in the making and a Commander-in-Chief whose foreign policy priority is coddling dictators in our own hemisphere.

Meanwhile, the flawed $500 million U.S. program will go on, according to The Daily Beast, so expect more of the same failure in the coming months.