How Iran and Russia conspired to start World War III 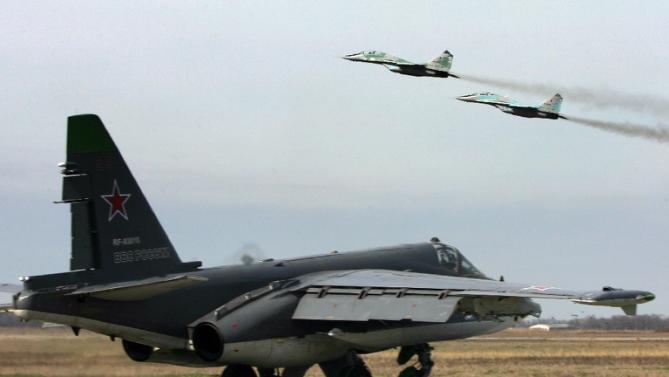 (NationalSecurity.news) Russia and Iran’s entry into the Syrian civil war was no spur-of-the-moment decision but rather the result of months of careful planning as a means of rescuing a faltering President Bashar al-Assad, while preserving at all costs the lone port that Moscow has in the Mediterranean.

At a meeting in the Russian capital in July, Iranian Major General Qassem Soleimani, commander of the elite Quds Force, laid out a map which showed rebel forces belonging to the Islamic State closing in on Assad and the Russian port at Tartus.

“Soleimani put the map of Syria on the table. The Russians were very alarmed, and felt matters were in steep decline and that there were real dangers to the regime. The Iranians assured them there is still the possibility to reclaim the initiative,” a senior regional official told Reuters. “At that time, Soleimani played a role in assuring them that we haven’t lost all the cards.”

There was one thorny – potentially explosive – issued to deal with, however: The United States was currently training, backing and assisting rebel forces opposed to both ISIS and the Assad regime. So whatever plan Russia and Iran devised would have to take that into consideration.

“Three senior officials in the region say Soleimani’s July trip was preceded by high-level Russian-Iranian contacts that produced political agreement on the need to pump in new support for Assad as his losses accelerated,” Reuters further reported. “Their accounts suggest planning for the intervention began to germinate several months earlier. It means Tehran and Moscow had been discussing ways to prop up Assad by force even as Western officials were describing what they believed was new flexibility in Moscow’s stance on his future.”

It is well known that Russia has been an ally of Syria since the days of the Cold War, with Moscow having supplied Damascus with weapons while providing Syria diplomatic cover from any attempts by the West to sanction Assad at the United Nations.

However, direct Russian support – to the extent that it was being offered – was not enough to prevent rebels from taking over nearly four-fifths of the country in a four-year-old war that has killed an estimated 250,000 people and displaced millions.

The decision to intervene more forcefully in a joint Iran–Russia military effort in Syria was made at a meeting between Russia’s foreign minister and Iran’s Supreme Leader, Ayatollah Ali Khamenei – even as Moscow was attempting to convince the Obama Administration that there may be some areas where it could cooperate with Washington and while the White House was busy negotiating a controversial nuclear deal with Tehran.

Just last week, Russian warplanes stationed at a base in Latakia began bombing targets in Syria that most believed to be U.S.-trained and -supplied anti-Assad rebels. The sudden launch of airstrikes by Russia came after one of Moscow’s generals in Iraq demanded U.S. warplanes vacate the skies over Syria so that Russian planes could operate with impunity.

Now, the situation is set to spiral out of control. Former GOP congressman and retired Army Lt. Col Allen West says the mix of nations operating in the skies over Syria is a situation ripe for conflict.

“I want you all to consider what ‘deconflict’ military operations means. What we are talking about is control of airspace, and perhaps in the future ground battlespace,” he wrote in a recent column.

“Right now all over Syria, you have Russian, American, Turkish, and on occasion, Israeli aircraft flying. Who are the entities responsible for coordinating the airspace control measures – the routes and altitude — as well as areas of operation and strike zones? As a former artilleryman and fire support officer, coordinating air and ground battlespace is not a joke,” West, now CEO of the National Center for Policy Analysis, added.

“Having to do it between four different nations is inviting something very bad to happen — which the Russian Foreign Minister termed ‘unintended incidents,’” he wrote. “Egypt, Saudi Arabia, the United Arab Emirates and Kuwait are seriously concerned with these developments. Turkey and Qatar will continue to provide their covert support to Sunni Islamists groups, namely ISIS. However, the dominant non-Middle Eastern entity is now becoming Russia.

“Folks, say what you will, but there is a global conflagration forming — yes, a World War. That is not fear mongering. That is the truth. Evil looks for voids to fill, Obama has given it a very big one,” West concluded.