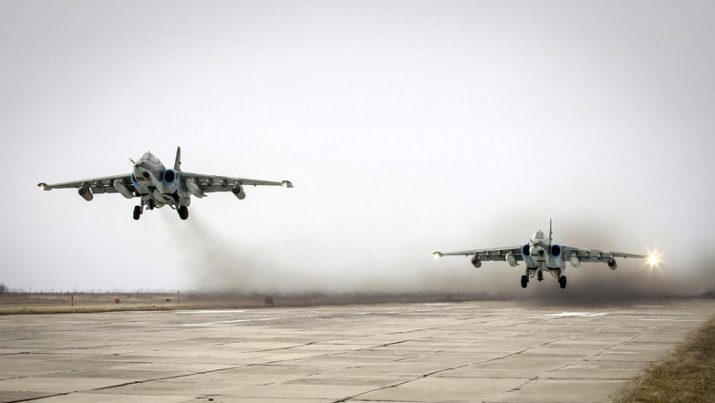 As reported by the UK’s Daily Mail, in recent days the clerics declared jihad against Russian and Syrian forces following a plea to all Sunni Muslims to join in the fight against Assad.

In all, more than 50 clerics and academics signed a joint statement that calls on Sunnis – Saudi Arabia’s dominant sect – to “hurry” into war-torn Syria to assist those seeking to topple Assad’s government.

The Daily Mail reported that the call to Sunnis came just before a pair of rockets were launched at the Russian embassy in the Syrian capital of Damascus, an Assad stronghold, which alarmed many who had gathered in support of Moscow’s intervention.

Hundreds of Syrians had reportedly met … to back Russia’s air war in Syria before the shells were fired towards the building in the Mazraa neighbourhood.

One witness said both rockets appeared to land in a park close to the embassy compound. A second witness said one of them landed inside the compound. There were no immediate reports of casualties or damage to the building.

The Russian Interfax news agency reported that two rockets landed on the embassy’s grounds, quoting a senior diplomat who said that there were no injuries.

Have you visited our online store? Click here for the NationalSecurity.news Commissary online!

In their joint call, Saudi clerics urged Sunni governments to “give all moral, material, political and military” support in the fight against Assad and his Russian benefactors.

According to Newsweek, the statement also noted, “This is a real war on Sunnis, their countries and their identities. The holy warriors of Syria are defending the whole Islamic nation. Trust them and support them… because if they are defeated, God forbid, it will be the turn of one Sunni country after another.” The statement also issued a call for Syrian rebel fighters to “unify their front” against the Syrian regime and the foreign forces.

Other reports noted that the clerics are not affiliated with the Saudi government, which is currently leading an Arab coalition against Iran-backed rebels in neighboring Yemen.

The Daily Mail also reported that senior Saudi government officials have told Russian leaders that the Kremlin’s intervention in Syria will have “dangerous consequences” by escalating sectarian violence and inspiring others around the Arab world to join in.

Saudi Arabia and other Gulf Arab states opposed to Assad are furious over Russia’s intervention. Despite an early pledge by Russian President Vladimir Putin that his forces would primarily target fighters from the Islamic State of Iraq and Syria, Russian warplanes and cruise missiles have instead largely targeted U.S.-backed rebel forces opposed to Assad.

The conflict in Syria has devolved primarily into a war between Saudi-backed Sunnis and Iran-backed Shi’ites, but it has also developed into what many believe is a proxy war between Moscow and Washington.

As reported by The National Interest, on the surface relations between Riyadh and Moscow appear normal. Over the summer, the Saudis inked a $10 billion investment deal with Russia that included agricultural projects, medicine and logistics and the retail and real estate sectors. Also, both signed a nuclear power cooperation agreement and there were talks of the Saudis buying Russian weapons systems.

At the same time, however, Saudi Arabia was engaged in an economic war of sorts with Russia; while Iran is the primary target, it is the Russians who are bearing the brunt.

“In 2014, as it became increasingly clear that Russia and Iran were committed to propping up the Assad regime in Syria, the Saudis refused to mitigate oversupply in the market. This has hammered both Moscow and Tehran, as their budgets were based on $80-90 and $72 per barrel, respectively. Currently, oil is at $45,” The National Interest reported.

Keep up with all the news involving Russia, the U.S. and the Syrian conflict at AlternativeNews.com.