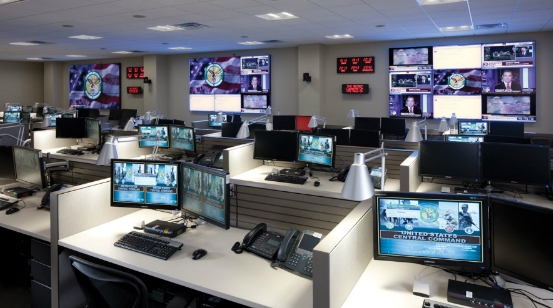 (NationalSecurity.news) A House task force has opened an investigation into whether intelligence gathered by U.S. Central Command, which is responsible for theaters of operation in the Middle East, was intentionally manipulated to provide a better assessment of the Obama administration’s campaign against the Islamic State of Syria and Iraq, or ISIS.

As reported by the Tampa Tribune, the chairmen of the House Permanent Select Committee on Intelligence, the House Armed Services Committee and House Defense Appropriations Subcommittee “are creating a task force to investigate allegations of intel manipulation at CENTCOM,” Jack Langer, a spokesman for select committed Chairman Rep. Devin Nunes, R-Calif., said.

CENTCOM, headquartered at MacDill Air Force Base in Tampa, received a request from Congress to provide information about intelligence assessments and, in coordination with the Pentagon, “has responded accordingly,” CENTCOM spokesman Air Force Col. Pat Ryder told the Tribune.

Ryder told the paper he was unable to comment further on information provided by CENTCOM because it’s part of an ongoing investigation. Charges have been made alleging that the command’s intelligence wing altered data to provide a rosier picture of the administration’s efforts to combat ISIS that are accurate.

“Gen. Austin and Central Command are taking these allegations very seriously,” Ryder said in an email to the Tribune.

In September the office of inspector general for the Defense Department said it had launched a probe into allegations about how CENTCOM was processing intelligence regarding the ISIS effort. The investigation aims to address potential falsification of data, distortion, delay, suppression or improper modification of intelligence information.

“The congressional investigation was first reported by Foreign Policy, which said lawmakers are probing whether senior U.S. military officers skewed intelligence reports about Afghanistan. The magazine said it was likely investigators will come to Tampa,” the Tribune reported.

In September, The Daily Beast reported exclusively that 50 intelligence operatives said the intel data released by CENTCOM was “cooked.”

The fact that so many people complained suggests there are deep-rooted, systemic problems in how the U.S. military command charged with the war against the self-proclaimed Islamic State assesses intelligence.

“The cancer was within the senior level of the intelligence command,” one defense official said.

Many among the group of 50 intel pros said data regarding ISIS had been manipulated for months prior to their complaints.

Also in September, NationalSecurity.news reported that the alleged falsification of intelligence data has created a crisis of confidence within CENTCOM. One analyst, Gregory Hooker, was at the center of an insurrection of sorts over the Obama Administration’s policies toward Iraq and Syria. He openly questioned the reports begin given to Congress, policy makers and the public at large.

“This core group of Iraq analysts have been doing this for a long time,” Stephen Robb, a retired Marine colonel and a former head of the CENTCOM Joint Intelligence Center, told The New York Times regarding the potential intel scandal. “If they say there’s smoke, start looking for a firehouse.”

The Obama administration has repeatedly claimed that the president’s strategy to defeat ISIS is going much better than most experts believe, and that includes a number of high-ranking Pentagon officials.

Indeed, just one day before the ISIS-planned terrorist attacks in Paris in mid-November, Obama declared the jihadist group “contained.”

“We have not yet been able to … completely decapitate their command and control structures,” he told ABC News. But he touted success in “trying to reduce the flow of foreign fighters.”