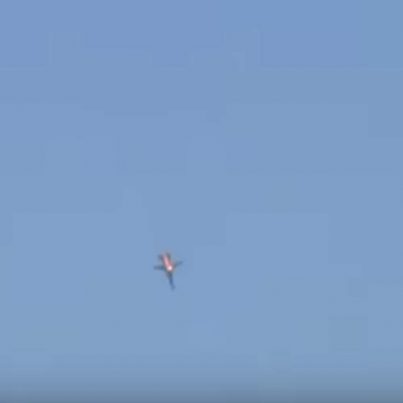 (NationalSecurity.news) In the days before Turkish fighter planes shot down a Russian Su-24 fighter/bomber near the Syrian border, Ankara’s diplomats in New York sent an urgent communiqué to the UN Security Council criticizing attacks by Russian forces on ethnic Turkmen forces operating along the country’s border.

“The ongoing intense aerial bombardment which reportedly included use of cluster bombs by the Russian air forces… have caused heavy civilian casualties,” said the letter. “The continuing grave violations of international human rights law and international humanitarian law, including the most recent offensive, are unacceptable.”

But apparently, that message – a warning, really – was not taken seriously in Moscow, as Russian warplanes continued to either skirt the Syrian–Turkish border on their way to continue bombing runs against anti-Syrian-government rebel forces that included Turkmen tribal members, or periodically cross into Turkish airspace. That, ultimately, is what led to the downing of the Russian Su-24 Nov. 24.

Russian President Vladimir Putin has described the downing of the jet as “a stab in the back delivered by accomplices of the terrorists,” a reference to Turkish (and U.S.) support of Islamist militants battling Syrian President Bashar al-Assad.

However, the Turkish government insisted that its F-16 fighters downed the Russian plane because it strayed into Turkish airspace along the mountains northeast of the Syrian city of Latakia, while disregarding 10 separate Turkish warnings to stay out of the area.

“In line with the military rules of engagement, the Turkish authorities repeatedly warned an unidentified aircraft that they were [10 miles] or less away from the border,” a Turkish official, speaking on condition of anonymity because he was not authorized to speak on the issue, told BuzzFeed News. “The aircraft didn’t heed the warnings and proceeded to fly over Turkey. The Turkish Air Force responded by downing the aircraft.”

In addition, the official said, “This isn’t an action against any specific country: Our F-16s took necessary steps to defend Turkey’s sovereign territory.”

In the days and weeks leading up to the downing of the Russian plane – in which the pilot was killed as he parachuted to Earth – Turkish media and government officials lamented the situation besetting Syria’s small ethnic Turkmen population, most of which sides with rebels battling Assad and which has been under bombardment by Russian forces.

Ankara sought to use the plight of the Turkmen as a rallying point to gin up domestic support for a more robust intervention in the Syrian civil war and to establish a “safe zone” in northern portions of Syria.

At the weekend prior to the shootdown of the Russian Su-24, Turkish warplanes flew in support of rebel fighters attempting to capture two villages from ISIS, BuzzFeed News reported.

Russian officials have said the plane never crossed into Turkish airspace. For its part, the Obama Administration is backing its NATO ally, with President Obama declaring that Turkey has a right to defend its own territory.