DHS official to Congress: Only ‘some’ of the Paris attackers would have been ID’ed at the U.S. border 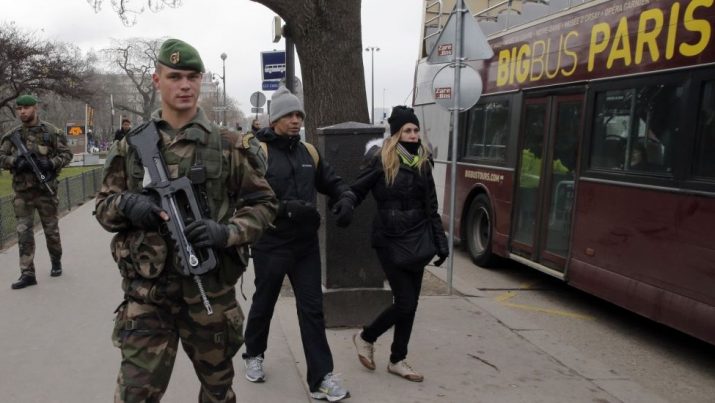 (NationalSecurity.news) A top official at the Department of Homeland Security told a congressional panel last week that only “some” of the Paris terrorists who killed 130 people in an attack last month would have been identified by U.S. border authorities, leaving the distinct impression that others would have been granted unfettered access to the country, the Washington Free Beacon reported.

Deputy Assistant Commissioner John Wagner said during testimony before the Senate Homeland and Governmental Affairs Committee that U.S. national security and screening techniques would have identified some of the Paris attackers and, presumably, allowed border authorities to detain them.

However, when asked if the Paris attackers, most of whom were citizens within the European Union, would “have been stopped at the border of the U.S. based on what we have right now,” Wagner said he was sure that “some of them would have.”

“Some of them would have been prevented from traveling here to begin with,” he told the panel, according to the WFB. “It’s been reported some of them were identified to governments as being a national security risk already. There’s information we would have received from their travel details that we’re confidence we would have identified had they travelled to the U.S.”

The news site reported that Wagner did not go into further detail about that information in the public hearing but told senators that current detection methods would have flagged some of the known assailants of the attack that left 130 people dead.

“There’s information we would have received from their travel details that we’re confident we would have identified had they travelled to the U.S.,” he said.

Some senators attempted to learn more about whether the federal government’s Visa Waiver Program, which coordinates travel and security communication with 38 partner countries, tracks a person’s past travel destinations. Some have raised concerns that there could be gaps in the system that have failed to flag travel to certain countries like Syria and Iraq, where extremists and militants are training and fighting.

However, privacy concerns with some partner nations can limit the amount of information shared with the U.S., Wagner testified.

“We would not routinely have access to that information,” Wagner said, adding that anyone trying to enter the U.S. from abroad is screened through a number of law enforcement and intelligence community databases.

“We don’t have visibility on the entire world and all the movement of people going around,” he said.

The FBI announced in recent days that the San Bernardino couple who shot and killed 14 in what officials have called an act of terror earlier this month had been radicalized two years ago, but apparently intelligence and law enforcement officials had not detected anything suspicious about them. So far, no federal agency or intelligence official has said the two – Syed Farook and his wife, Tashfeen Malik – were on anybody’s radar. Also, co-workers of Farook have said they did not detect any radicalization, though a neighbor said he and friends of his had noticed several Middle Eastern-looking males coming and going from the couple’s home but did not say anything to authorities out of fear of racially profiling them.

During the hearing Sen. Ron Johnson, R-Wis., said he was concerned that not all information coming from partner nations is “uniform” or “reliable.” And Sen. Rob Portman, R-Ohio, noted that the U.S. intelligence community has difficulty tracking persons moving through porous borders in the Middle East.

Wagner said information about past travel is “contingent on, does that country collect that information, how long do they store it for, and then on their own domestic and privacy laws.”

“Are they even allowed to share it with us? And if it’s not, say, an identified national security reason, can they just give us bulk information or data?” he added.