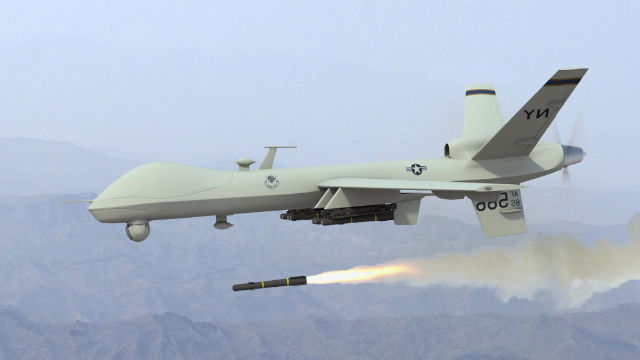 (NationalSecurity.news)  The Defense Department is concerned about a potential massive loss of technology after discovering that a dummy Hellfire missile has somehow made its way to Cuba following a NATO exercise in Europe.

As reported by The Wall Street Journal, the inert missile was shipped to Europe for training in 2014 and then somehow wrongly shipped from there to communist Caribbean nation.

Unnamed U.S. officials said the Pentagon fears a loss of sensitive military technology that “ranks among the worst-known incidents of its kind,” WSJ reported.

U.S. experts and investigators who work under a regulatory umbrella designed, in large part, to prevent such incidents and loss of technology are confounded, officials told the paper.

For more than a year, amid a historic thawing of relations between the U.S. and Cuba, American authorities have tried to get the Cuban government to return the missile, said people familiar with the matter. At the same time, federal investigators have been tracing the paper trail of the wayward Hellfire to determine if its arrival in Cuba was the work of criminals or spies, or the result of a series of blunders, these people said.

Hellfires are air-to-ground precision-strike missiles that are most often fired from helicopters. First designed as an anti-tank weapon decades ago, they have since been upgraded to become a more versatile piece of ordnance. Hellfires have become the preferred strike weapon of choice, fired from drones, in the targeting of terrorist leaders and cells in Afghanistan, Yemen, Pakistan and elsewhere, people familiar with the technology told WSJ.

While the missile that wound up in Cuba did not contain explosives, Pentagon officials are worried that Cuba has perhaps shared sensors and other targeting technology contained in the missile with client states like China, North Korea or Russia.

Officials familiar with the loss said they didn’t believe Cuba would disassemble the weapon and attempt to recreate the technology, but that it is possible to otherwise share the technology with U.S. rivals.

It wasn’t clear if any U.S. adversary has ever managed to obtain Hellfire missile technology, officials said.

“Did someone take a bribe to send it somewhere else? Was it an intelligence operation, or just a series of mistakes? That’s what we’ve been trying to figure out,” said one U.S. official.

WSJ reported that the Obama administration’s effort to retrieve the missile has been two-fold. First, negotiations have been underway with the Cuban government to get the missile sent back to the U.S. Secondly, the Pentagon is attempting to find out if it was sent to Cuba intentionally, and if so, by whom.

The missile was originally shipped from Orlando International Airport to Europe as poart of a NATO military exercise. As is standard operating procedure, the missile was marked as sensitive cargo and thus subject to rigorous export controls. Shipping information would have made clear it wasn’t regular cargo and anyone handling it would have known that, officials told WSJ.

Lockheed Martin, the missile manufacturer, was responsible for shipping the weapon after obtaining State Department permission. It was initially sent to Spain and used in the NATO exercise but for unknown reasons, after it was packed for return “it began a roundabout trip through Europe,” eventually being sent to Germany, WSJ reported.

From there it was supposed to be shipped back to Orlando but somehow instead wound up on an Air France truck, sent to Paris and loaded aboard an Air France flight to Havana.

Once in Cuba customs officials immediately recognized the sensitive nature of the cargo and seized it.