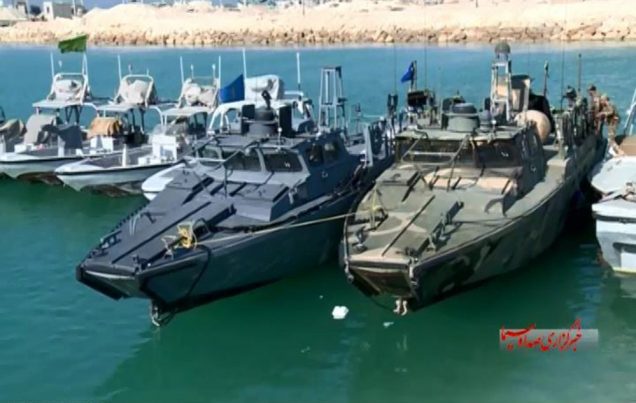 (NationalSecurity.news) The administration and the Pentagon have been unusually tight-lipped following the detention by Iranian gunboats last week of 10 U.S. Navy sailors aboard two riverine craft in the Persian Gulf, as differing versions of the story make their way across various news and social media venues.

The administration’s earliest version of events is that one of the U.S. vessels had a mechanical problem and drifted inadvertently into Iranian waters near Farsi Island, an Iranian Revolutionary Guard Corps outpost from which its naval forces operate. But since then, other explanations – or possible explanations – have emerged.

One storyline is that the U.S. vessels, which were GPS-guided, would have known long before they sailed into Iranian waters. In addition, the small vessels likely would have been in contact with other Navy ships in the area, which would have warned them they were getting closer to sovereign Iranian territory. More than that, however, experts addressing this storyline say that sailing routes are studied and planned in advance by patrol leaders, and that special attention is always given to the avoidance of sovereign waters claimed by a potentially hostile nation, which Iran certainly is.

As for the “wounded” vessel claim, Navy experts and former operators say all such craft are thoroughly checked out mechanically prior to being sent on missions, and that they generally carry more than enough fuel for the task at hand. They also say that that is why two boats patrol and travel together on missions instead of sending a single craft – so that in the unlikely event one becomes disabled it can be towed by the other, a standard operating procedure known as “self-rescue.”

Another storyline beginning to emerge is that the U.S. Navy vessels were in good operating condition and were sailing in international waters but were intentionally intercepted by Iranian gunboats – craft that were faster and better-armed, leaving U.S. personnel little choice but to be taken captive. Others familiar with such operations say that, under this scenario, the Iranians planned there intercept, and mostly likely because they knew in advance that the Obama administration – which is hyper-focused on preserving its nuclear “deal” with Tehran – would downplay the incident.

But whatever the circumstances behind the incident, most trained observers and experts agree that the Iranians should not have detained the U.S. crews in the first place, and that standard practice, if a vessel is disabled, is to provide assistance in international waters, not take crews hostage. And in fact, U.S. warships have assisted Iranian craft in the past.

“So, for the record, if an Iranian boat had suffered a mechanical failure and come nonthreateningly into American waters, accompanied by another Iranian vessel attempting to render aid, we would not have: stripped the Iranians of their gear, at gunpoint, and forced them to their knees; made a video of same, for use as propaganda; ransacked their property, possibly including sensitive communications gear; forced them to wear clothing that suited our religious sensibilities; detained them overnight, while interrogating members of the crew on camera; and finally released edited footage in an effort at humiliation,” writes Aaron MacLean, managing editor of the Washington Free Beacon and a former Marine officer.

Others have pointed out that capturing members of an opposing military and utilizing their capture as propaganda is a violation of the Geneva Conventions. However, the Obama State Department dismissed that.

John Kirby, the State Department’s spokesman (and an old Navy man himself) was quick to respond, “I think it’s important to remember, though, that the Geneva Convention only applies in time of war, and we’re not at war with Iran.”

True, notes MacLean, which makes the capture and detention of U.S. sailors all the more improper.

“So, a follow-up question: If we are not at war with them, shouldn’t American sailors in distress expect better treatment from Iran than they would hope to receive during a time of hostilities?” he wrote.

We may never know the full story. Some former special forces operators who specialized in such riverine missions say Iran likely stripped the American vessels of GPS and other equipment, making it impossible for the U.S. Navy to assert its vessels were not in Iranian territorial waters (if they were taken in international waters, as some believe). These experts also believe the 10 American sailors will be specifically barred from talking publicly about the incident.