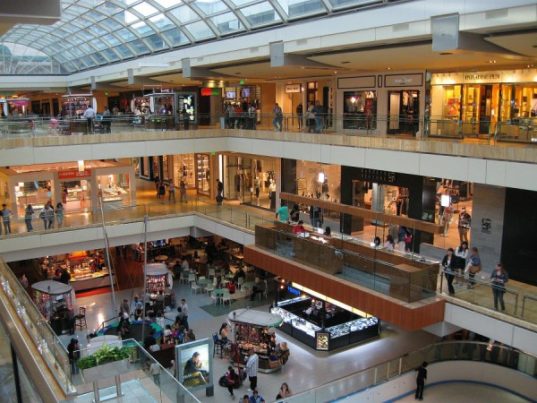 (NationalSecurity.news) Federal officials say that an Iraqi refugee is facing charges that he attempted to assist the Islamic State terrorist government with exploding bombs at a pair of shopping malls in Houston, The Associated Press reported.

In addition, officials say that Omar Faraj Saeed Al Hardan was also learning how to build electronic transmitters he and others could use to remotely detonate explosive devices.

Al Hardan, who arrived in Houston from Iraq in 2009, was indicted nearly two weeks ago on a trio of charges including attempting to provide support to a designated terrorist group. He pleaded not guilty to all three charges during a court appearance, the AP noted.

U.S. District Judge Lynn Hughes denied a request by lawyers for Al Hardan for bond, ruling that he was a serious flight risk if released from federal custody. Hughes made his ruling after testimony from Homeland Security Special Agent Herman Wittliff, who said that Al Hardan not only wanted to set off bombs at the two malls, including the popular Galllaria mall, he also wanted to learn how to build electronic transmitters to set off the explosives.

Wittliff said that Al Hardan wanted to use cellphones in particular, several of which were found in his apartment, to remotely set off the devices.

“He wanted to build them (the transmitters) for ISIL,” Wittliff testified, the AP reported.

“So he could kill people,” Wittliff replied.

Following Al Hardan’s arrest Texas Gov. Greg Abbott criticized the Obama administration’s refugee policies. Abbot has been among the most vocal of several Republican governors who have also called on Obama to halt the resettlement of Syrian refugees because some of them could actually be jihadis using the resettlement system as cover.

In December Natural News reported that multiple sales of dozens of cellphones coupled with unexplained thefts of propane tanks caused some to suspect potential terrorist plots:

Cops in several cities – Columbia, Jackson, Cape Girardeau, Ava, Lebanon, Macon and the capital of Jefferson City – say they have received reports about purchases involving large numbers of cellphones at Walmart stores locally. Many of the purchases took place during the late-night hours of Dec. 4 and the early morning hours of Dec. 5. On at least one occasion, witnesses described the purchasers as “Middle Eastern-looking men…”

Al Hardan’s older brother, Saeed Faraj Saeed Al Hardan, said his sibling denies any wrongdoing and that no one in his family had ever supported the Islamic State. However, prosecutors say that Al Hardan was coordinating with another Iraqi refugee living in California, Aws Mohammed Younis Al-Jayab. They say the two communicated via Facebook messenger between April 2013 and October 2014, discussing how to obtain weapons training and traveling to Syria to fight along side of ISIS militants.

Wittliff testified that Al Hardan had gotten some weapons training involving an AK-47 rifle in November 2014 on a farm near Houston from a confidential informant working with the Feds, AP noted.

The special agent also read aloud an excerpt of a recording made by federal authorities between Al Hardan and his wife in October 2014.

Police in Missouri said that Middle Eastern-speaking men were mostly involved in the mass cellphone purchases. They had no suspects regarding the propane tank thefts, however.