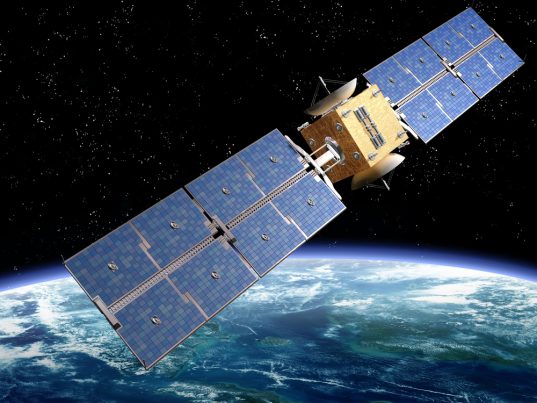 (NationalSecurity.news) The Russian and Chinese militaries are preparing battle plans against the United States that includes attacking and disrupting American military and intelligence satellites in any future conflict, Pentagon and intelligence officials told Congress this week.

“Adversaries are developing kinetic, directed-energy, and cyber tools to deny, degrade, and destroy our space capabilities,” Hyten said, reading from a prepared statement.

“They understand our reliance on space, and they understand the competitive advantage we derive from space. The need for vigilance has never been greater,” added.

The four-star general also noted that the U.S. Global Positioning satellites are still vulnerable to jamming or attack. Their very accurate time-keeping feature is even more crucial to guided U.S. precision weapons than their ability to provide navigational direction, Hyten said. Any disruption of those satellites’ time capabilities would seriously impede the military’s ability to conduct precision strike operations that are utilized in most of today’s weapons systems.

The Space Command chief told the panel that a new joint military-intelligence command center is assisting with monitoring any space threats like anti-satellite missile launchers, killer robot satellites and ground-based lasers that could blind or disrupt satellites. Called the Joint Interagency Combined Space Operations Center, it is located at Schriever Air Force Base in Colorado.

In addition, SPACOM is also creating 39 cyber mission teams that are to be utilized for offensive and defensive operations involving space systems, the WFB noted.

“Russia views U.S. dependency on space as an exploitable vulnerability and they are taking deliberate actions to strengthen their counter-space capabilities,” he added.

In December, China launched its first military unit dedicated to cyberwar and space warfare called the Strategic Support Forces, with the goal of concentrating their “space, electronic, and network warfare capabilities,” said Buck.

“China is developing, and has demonstrated, a wide range of counter-space technologies to include direct-ascent, kinetic-kill vehicles, co-orbital technologies that can disable or destroy a satellite, terrestrially-based communications jammers, and lasers that can blind or disable satellites,” he said.

“Moreover, they continue to modernize their space programs to support near-real-time tracking of objects, command and control of deployed forces, and long-range precision strikes capabilities,” Buck, a three-star general, added.

Though the U.S. does not want a war in space, he said, “let me be clear about our intent – we will be ready.”