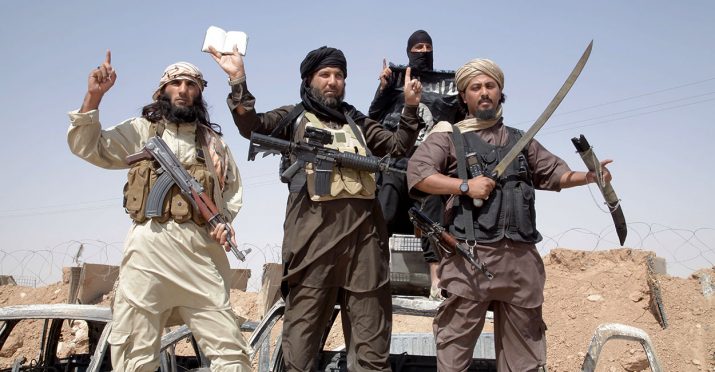 (NationalSecurity.news) The Islamic State group is planning more attacks against the West in order to compensate for large territorial losses in Syria and Iraq, CIA Director John Brennan told Congress on Thursday.

In a wide-ranging statement before the Senate Select Committee on Intelligence, Brennan additionally warned that the Islamic State group has in place a large cadre of Western fighters who could launch the attacks, and that the group also plans to augment its force with smuggled-in reinforcements to help wage guerrilla-style assaults.
The U.S.-led Coalition has made important progress against the Islamic State group on the battlefields of its self-declared home turf, Brennan told senators. The Coalition has taken out key battlefield leaders, he said, and is engaged in robust efforts to recapture ISIS-held cities such as Fallujah in Iraq and Manbij in Syria.
“Several notable indicators are trending in the right direction,” Brennan said.

In addition to its battlefield progress, the Coalition has managed to “squeeze” the Islamic State group’s finance and media operations, Brennan said.

Furthermore, he said, the Islamic State group appears to be having trouble replacing fighters lost in-country. Fewer foreign fighters are joining the force, and others appear eager to defect.

“The group appears to be a long way from realizing the vision that Abu Bakr al-Baghdadi laid out when he declared the ‘caliphate’ two years ago in Mosul,” Brennan said.
But, the CIA chief added, the Islamic State group is not down for the count.
The group is “a formidable, resilient, and largely cohesive enemy, and we anticipate that the group will adjust its strategy and tactics in an effort to regain momentum,” Brennan said.
In coming months, he warned, the Islamic State group will probe its enemies for weakness, and exploit accordingly.
Prime targets are in the relatively unprotected West.
“We judge that (ISIS) is training and attempting to deploy operatives for further attacks,” Brennan told the committee.
Attackers already are in place, with more in the pipeline.
“(ISIS) has a large cadre of Western fighters who could potentially serve as operatives for attacks in the West,” Brennan said. “And the group is probably exploring a variety of means for infiltrating operatives into the West, including refugee flows, smuggling routes and legitimate methods of travel.”
Military officials also have expressed concern over the Islamic State group employing guerrilla tactics to compensate for territorial losses.
In a March 30 gathering, held in conjunction with Special Operations and Central Command change-of-command ceremonies at MacDill Air Force Base, Florida, defense leaders addressed the topic directly.
In response to a question from AMI Newswire, Defense Secretary Ashton Carter said that the Islamic State group had metastasized, and could indeed be expected to strike out beyond the boundaries of Syria and Iraq.
“Obviously, we are concerned about that,” Carter said.
“The threat of external attacks is our number one priority and our ability to disrupt that,” echoed Gen. Anthony Thomas, on his first day as the chief of U.S. Special Operations Command. “So among the many threats out there, that is a clear focus and effort on our part to disrupt any external threat.”
Despite the gravity of the threat, Brennan today expressed optimism.
“Though this will be a long and difficult fight,” Brennan said, “there is broad agreement in the international community on the seriousness of the threat, and on the need to meet it collectively and decisively.”
Reporting by Susan Katz Keating, AMI Newswire.