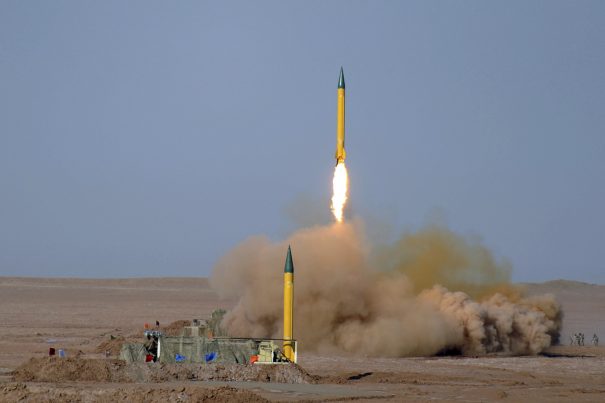 (NationalSecurity.news) The Obama administration has given the green light to Iran to build a pair of nuclear reactors under provisions of the atomic deal signed last year, the Washington Free Beacon reports, adding that construction began after President Hassan Rouhani issues the order.

Ali Salehi, the top Iranian nuclear official said this week that Iran has invested $10 billion in the construction of two new nuclear plants after Rouhani issued the orders, according to reports in Iran’s state-controlled media.

A U.S. State Department official told the Free Beacon after the announcement that Iran is permitted to move forward with the project as per the nuclear agreement, which never prohibited such construction.

“The [nuclear deal] does not prevent Iran from pursuing new light-water reactors,” a State Department official not authorized to speak on record said to the Free Beacon in response to questions about the announcement. “Any new nuclear reactors in Iran will be subject to its safeguards obligations.”

Some members of Congress critical of the administration’s dealings with Iran also condemned the new reactors, telling Free Beacon that the White House appears to be turning a blind eye to Iran’s continued pursuit of illicit nuclear technology that many believe is being utilized for a weapons program.

“Nothing in the behavior of the Iranian regime in the year since the JCPOA went into effect should give us any confidence that they will be confining their nuclear program to peaceful activities,” Sen. Ted Cruz (R., Texas) told the Free Beacon, using the official acronym for the nuclear deal.

“Secretary [of State John] Kerry seems to think that the mullahs are interested in curing cancer and civilian energy production, but their rapid progress in ballistic missile technology suggests they are far more determined to develop the nuclear weapons these projectiles are designed to deliver,” he said, adding: “This is just the most recent confirmation of how misguided, shortsighted, and downright dangerous the Obama administration’s nuclear deal with the Islamic Republic truly is.

Since the deal was signed a number of previously secret revelations have come to light, including provisions that will allow Iran to begin enriching more uranium years before the supposedly 15-year delay the administration touted during negotiations.

Also, Republicans in Congress have, for months, been investigating information pertaining to what they say is an Obama administration plant to pay Iran $400 million in cash and another $1.3 billion as part of a ransom payment to free American hostages.

Rep. Mike Pompeo (R., Kan.), who has led multiple efforts to compel the administration to come clean about the cash deal, told the Free Beacon that the White House appears more concerned about appeasing Iran than protecting U.S. national security.

“While the Iranians complain that the U.S. is not allowing enough investment into Iran, when investments do occur, Tehran continues to focus on its nuclear program. The Iranian regime’s priorities are clear,” Pompeo said. “The Ayatollah is more concerned with strengthening Iran’s nuclear infrastructure than providing for the Iranian people. Unfortunately, President Obama’s failed nuclear deal with Iran does little to protect the United States from an eventual Iranian nuclear weapon.”