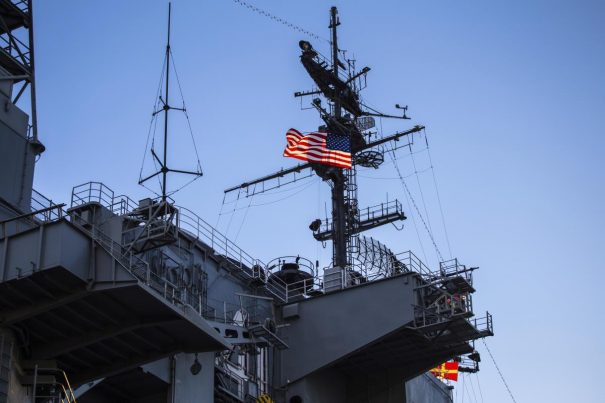 (NationalSecurity.news)After two world wars in the 20th century, the invention of atomic–then nuclear–weapons and the means to deliver them globally, most geopolitical analysts came to the conclusion that world war between great powers had officially become obsolete. No nation would risk complete annihilation after being turned into a nuclear wasteland for 1,000 years.

But now, a Eurasian group is warning that there is more political volatility around the world as we enter 2017 than their has been since World War II, meaning the risk for great power conflict is higher now as well.

As reported by Bloomberg, there are several regions, relationships and potential scenarios to watch this coming year:

U.S. unilateralism under Donald Trump, China’s growing assertiveness and a weakened German Chancellor Angela Merkel will make 2017 the “most volatile” year for political risk since World War II, according to Eurasia Group.

“In 2017 we enter a period of geopolitical recession,” the New York-based company said in its annual outlook. International war or “the breakdown of major central government institutions” isn’t inevitable, though “such an outcome is now thinkable.”

With Trump’s ascent to the presidency on an America First platform, the global economy can’t count on the U.S. to provide “guardrails” anymore, according to Eurasia, which advises investors on political risk. Trump’s signals of a thaw with Russia, skepticism toward the North Atlantic Treaty Organization and his “alignment” with European anti-establishment parties such as France’s National Front could weaken the main postwar alliance protecting the global order, according to the report released Tuesday.

There has been more than enough scaremongering by the mainstream media over Trump’s “surprise” win, and this piece is no different. The establishment press appears to be trying to convince Americans (and the world) that though Trump has yet to officially serve a single moment in office, when he does get inaugurated, the world will immediately go to hell in a hand basket.

It’s the Left’s latest political strategy designed to undermine and undercut his presidency.

There is also this: The state of volatility on the global stage is already the fault of the United States, largely–and Trump has no fingerprints whatsoever on any of it.

Just taking China as one example, Beijing has been aggressively expanding its presence throughout the Asia-Pacific region, even to the point of putting defensive weapons on man-made islands in waters it claims hundreds of miles outside its internationally-recognized economic exclusion zone. The fact that the Obama administration has largely balked at pushing back against this aggression may appear as though the outgoing administration was just trying to keep things smooth, but what Obama and his foreign policy team have really done is empower the Chinese to be even more aggressive.

As for Europe, the influx of millions of Muslim migrants is a self-inflicted wound, although the Obama administration’s rabid support for revolution throughout the Middle East (under the guise of “Arab Spring”) mainly contributed to that influx.

Trump’s foreign policy team, at first blush, may indeed be more more forceful and insistent when it comes to developing and advancing U.S. interests abroad. But that’s what great powers do. And other great powers tend to respect strength; they don’t respect weakness, they take advantage of it.

There’s “volatility” in the world today and it’s no doubt higher than at any time since the last great power war. But that’s not Trump’s fault, nor is there any indication he will exacerbate it.