After winning the Nobel Peace Prize, Obama drops 26,000 bombs in just one year… peace has never looked so explosive 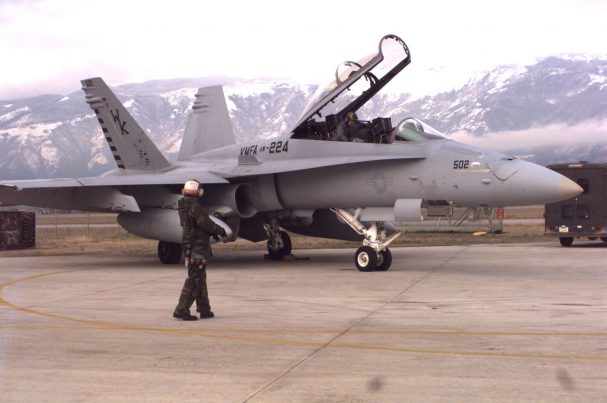 In the messed-up world of the Leftist, peace is war, and the only way to be recognized for the former is to engage in the latter.

About 10 minutes after Barack Obama was elected president in 2008, the Nobel Prize committee began trying to figure out a way to award him with a Nobel Peace Prize for…something.

Oh, yes…peace! So, what did Obama do those first few months in office to win what used to not be a politically motivated award? Why, he ushered in a “new era of diplomacy” with his call for nuclear non-proliferation and his zest for the Muslim world.

Even The New York Times, as reported in October 2009, expressed a bit of puzzlement as to why Obama would win a prize like that after accomplishing nothing and only being in office less than a year:

Normally the prize has been presented, even controversially, for accomplishment. This prize, to a 48-year-old freshman president, for “extraordinary efforts to strengthen international diplomacy and cooperation between peoples,” seemed a kind of prayer and encouragement by the Nobel committee for future endeavor and more consensual American leadership.

While certainly not all of those countries are sovereign, intact nations with functioning governments that are in control of most of their territory, some of them are (Pakistan, especially, comes to mind)—but did you ever hear the Congress declare war on those countries? (RELATED: Read more news about the stupidity of big government at Stupid.news)

What’s also notable is that Zenko’s figures were lower in 2015, according to AntiMedia, which reported he estimated the U.S. dropped 23,144 bombs that year.

The difference “marks a sharp increase in Obama’s trigger happiness when it comes to the use of advanced weaponry, though the targets of the bombs remained the same: the vast majority of his 2015 bombs (22,100) were dropped in Iraq and Syria in 2015,” the site reported.

Zenko notes that as Obama’s final term winds down, experts will begin to assess many aspects of his presidency, including his foreign policy and whether or not it was effective (the Nobel Prize committee certainly believed it would be in 2009). Throughout his two terms he vowed to close the military detention facility at Guantanamo Bay, even if it meant setting dangerous terrorists free so they could go back to their homes and plan more attacks; essentially encouraging and promoting bloody, violent revolution in countries like Syria, Libya and Yemen under the guise of the “Arab Spring”; treating the lone true U.S. ally in the Middle East—Israel—like a second-class citizen; allowing Chinese aggression to expand in the South China Sea, one of the world’s busiest and most profitable waterways; and bungled a “reset” with Russia, while now heaping criticism on the incoming Trump administration for trying to patch things up with Moscow, among other failures.

Obama essentially acted as though 1) the problems in the world were primarily the fault of the United States, so; 2) he put people in charge of his diplomacy (Hillary Clinton, then John Kerry as secretaries of state) who agreed with his indictment of our country:

— Clinton was more interested in padding the accounts of the Clinton Foundation by selling access to a former first family world leaders thought would once again be in the White House after Nov. 8, as documented in a special, pre-election report from NewsTarget called, “The Hillary Files”;

— Kerry has a long political history of trashing (and lying about) his own country, dating back to the bogus “Winter Soldier” investigation and testimony before the Senate in the waning years of the Vietnam War.

Then there is the presumption that Obama was also much more interested in ‘fundamentally transforming’ the country away from its constitutional roots and traditional values into some Left-wing disaster like Venezuela on steroids. (See more news about anti-American traitors at Treason.news)

But through it all, no matter what his Nobel Prize was supposed to have been awarded for, peace wasn’t something Obama embraced fully throughout his presidential tenure, as the evidence proves.