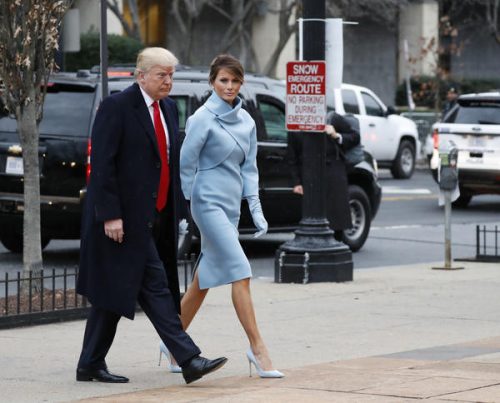 On most Left-wing establishment political news sites, on any given day, readers will find no shortage of stories still advancing the Democratic narrative that the only reason their party’s nominee, Hillary Clinton, lost to a former reality TV star and billionaire real estate mogul was because Russia “hacked the election” in favor of Donald J. Trump – who, by the way, was working in collusion with the Kremlin.

For example, at this writing, Politico published a story headlined, “Nunes, White House defiant as Russia controversy deepens.” The gist of it is a) Russia “hacked the election” for Trump; and b), the House Intelligence Committee chairman, Devin Nunes, R-Calif., is the latest target of Democratic ire because he briefed the president of the United States – who stands wrongfully accused of collusion – that yes, he very much was under surveillance by former President Obama’s regime.

But at the same time Politico – likely unwittingly – was running a story that proves beyond a doubt that the Russia-Trump collusion narrative was completely fabricated by Democrats and perpetuated by their allies in the discredited establishment media. (RELATED: Talk Radio Host Mark Levin Says Obama Executing “Silent Coup” Against Trump And It Should Be Investigated.)

As they investigate the forces behind the party’s stunning losses in November, Democrats are coming to a troubling conclusion. The party didn’t just lose among rural white voters on Election Day, it may have failed to capture them in its pre-election polling as well.

Many pollsters and strategists believe that rural white voters, particularly those without college degrees, eluded the party’s polling altogether — and their absence from poll results may have been both a cause and a symptom of Donald Trump’s upset victory over Hillary Clinton in several states.

In other words, Democratic pollsters failed to capture the essence of President Trump’s support because they didn’t bother to go where Trump supporters lived when sampling populations. The “troubling conclusion” is that Clinton lost because the Democratic Party lost voters.

This is not rocket science, though. Rural white voters were written off by the Democratic Party long ago, despite denials from liberal media, in favor of assembling a coalition of minorities and college-educated whites (hint to Democrats: Not all college-educated whites vote for your party, either). And as a result of continually being ignored and even mocked and derided by Democratic presidents, presidential candidates and elected leaders, they flocked to Trump in droves last November.

“The ethnic and racial makeup of the country has dramatically changed, but the laws with respect to affirmative action and diversity have not,” former U.S. Sen. Jim Webb, D-Va., and Navy Secretary under GOP President Ronald Reagan, told Fox News recently. “Clay County, Kentucky, the poorest county in America, is 94 percent white. And if you were in that county, where there’s a 40 percent poverty rate, wouldn’t you think this is reverse discrimination?”

Actually, there is no such thing as “reverse discrimination,” there is only discrimination. But Webb is right in that current federal rules and regulations – enacted via liberal policies through the years – favor all ethnicities except whites, even if the ‘need’ exists for them to be helped.

And over time, white, rural, and working class Americans, once solidly in the camp of Democrats, have been abandoned by the party of “the little guy” and labor unions. This has occurred as liberal policies governing immigration and non-assimilation have dominated most presidential administrations. Democrats looking at U.S. demographic numbers have watched as the percentage of whites in the country has fallen steadily for decades. In fact, the U.S. Census Bureau forecast that, by 2020, white children will already be in the minority. By 2044, whites in general will be a minority in America.

Perhaps now you can better understand why President Obama and Democrats in general (and far too many Republicans) are all about open borders and easy citizenship: The party caters to minorities, as they realize it pads their voting base. (RELATED: Read about the DoJ sending immigration judges to 12 cities to speed deportations.)

But in one story, Politico has proven beyond any reasonable doubt that the Trump-Russia narrative the Democratic Party created out of whole cloth to ‘explain’ how Clinton could possibly lose to a man they viewed as a carnival barker is complete nonsense. Party leaders know full well they lost to Trump because a former core constituency backed him instead of their candidate. Follow this story, and more like it, at WhiteHouse.news.