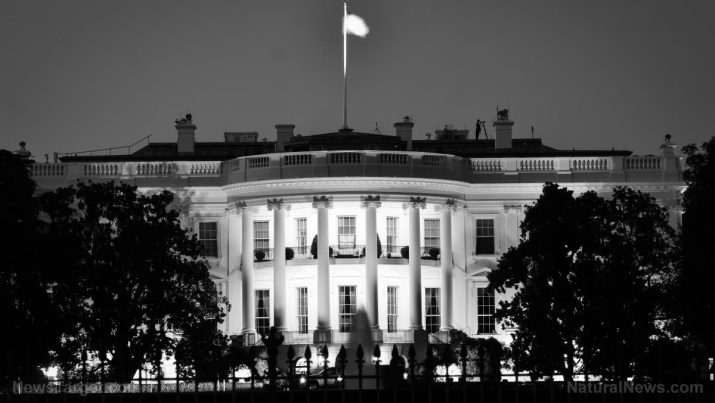 While it’s true that the administration has been bedeviled by chaos and President Donald J. Trump’s agenda has been successfully hijacked, at least for the moment, by his political enemies, it’s also clear that the dishonest and wholly discredited Washington establishment media is driving most of the controversy and mayhem.

In fact, the narratives of the week — that Trump has committed impeachable offenses, first by compromising classified information and then by allegedly obstructing justice in the FBI’s ongoing probe of Michael Flynn — are both completely media driven and as such, have no basis in fact or reality. The things the media have alleged that Trump has done don’t even rise to the level of unusual, let alone constitute “high crimes and misdemeanors.”

That doesn’t mean there hasn’t been any lawbreaking, however. In fact, there’s been quite a lot: The number of leaks to the media surrounding the Trump administration are as unprecedented as the presses’ attacks, and those certainly do constitute illegal behavior, at least on the part of those doing the leaking, legal experts agree. (RELATED: The DNC is involved in a major class-action fraud suit brought by Sanders backers – where is the media?)

After stating as plainly as the English language allows that Trump did not divulge classified information to two Russian diplomats in the Oval Office last week, his national security advisor, H. R. McMaster, who was in the Oval Office during the meeting, identified the leaking as the real problem.

“Our national security has been put at risk by those violating confidentiality, and those releasing information to the press that could be used, connected with other information available, that could make American citizens and others more vulnerable,” he said, as reported by Lifezette.

McMaster’s statement was supported by Fred Fleitz, a former U.S. intelligence official and now the senior vice president for policy and programs at the Washington, D.C.-based Center for Security Policy. In an interview with the news site, he said presidents have the ultimate authority to classify or declassify information how they see fit and determine.

He went on to criticize current and former officials who have improperly assumed they have the right to second-guess the president’s decisions on such matters and then undermine him in news stories leaked to fake political news outlets like The Washington Post.

“In doing so, they leaked a substantial number of highly classified details” to the paper for one of its ‘Trump is burning down the country and the Constitution’ stories these past few weeks. “This is a very serious crime. We can argue about whether Trump made a mistake. But we know what they did (the leakers) was highly illegal.”

And what’s more, they know it too, but because no one has been identified and prosecuted yet, many of these people think they have some sort of inherent right or duty to continue leaking.

Fleitz was highly critical of “people who took it upon themselves to determine what is appropriate or not. And they should go to jail.”

The Post story claiming that Trump disclosed highly classified info to the Russians quoted ‘current and former national security officials’ who know they are not authorized to release such information. Lifezette released a report that suggests former senior officials from the Obama regime may have gotten information from current staffers in the Trump White House and then passed it along to willing reporters.

“That is inappropriate,” Fleitz said.

Critics of Trump said that his disclosure of the information — which McMaster has said flatly “didn’t happen” — came from sensitive human information gathered by a third party, likely Israel. They said because he disclosed the information in such a haphazard manner that our allies will no longer share intelligence with the U.S.

Fleitz downplayed that and said that’s been happening.

“They’re already not sharing information with us because of all the leaks in the Obama administration,” he said, referencing newspaper accounts that carried key details of the raid that killed terrorist leader Osama bin Laden and the existence of Stuxnet, a computer virus co-developed by the U.S. and Israel to destroy Iran’s nuclear weapons program, among other improper releases.

Trump is being advised to clean house and get rid of as many Obama holdovers as he can, as quickly as he can. He certainly needs to.

Find out more at WhiteHouse.news.