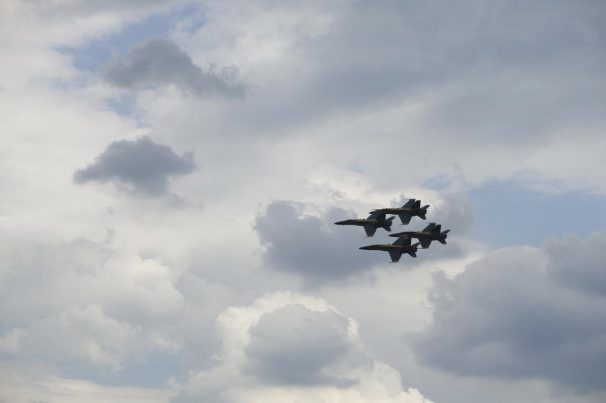 The F-35 fighter jet project is the most expensive weapons system ever designed, but apparently no one is sure that it works or that it will meet expectations.

About 10 years behind schedule and as yet not living up to all of its design requirements, American taxpayers will have to cough up about $1.5 trillion to pay the tab before all is said and done. Approximately $100 billion-plus has already been spent on the program in sunk costs for planes that have a price tag of about $100 million each, apparently double what was originally promised.

President Trump has managed to convince Lockheed Martin to drop the unit cost by $7 million, but the project still appears to be an out-of-control boondoggle according to some military experts.

This week, the Marine Corps grounded all F-35s at its Yuma, Arizona air station because of software issues that affected the onboard autonomic logistics information system. Over the past six years, military officials have temporarily grounded F-35 operations 15 times for hypoxia-related incidents, the most recent at Luke Air Force Base in Arizona, after pilots suffered dizzy spells and disorientation.

According to retired Air Force officer and finance professor Michael P. Hughes writing for The Conversation website, “Essentially, the Pentagon has declared the F-35 ‘too big to fail.'”

It gets worse. The F-35 fighter, which is scheduled for a 2070 phase out, is not very stealthy despite marketing hype to the contrary, the Daily Mail explained.

The F-35 is designed to be stealthy primarily in the X-band, the radar frequency range most commonly used for targeting in air-to-air combat.

In other radar frequencies, the F-35 is not so stealthy, making it vulnerable to being tracked and shot down using current – and even obsolete – weapons.

Another issue seems to be that the F-35 is not able to successfully carry out missions that entail air-to-air combat and ground targets. “The F-35A’s test pilot noted that the F-35A was less maneuverable and markedly inferior to the F-16D in a visual-range dogfight,” claimed Hughes. The F-16D is one of the fighter jets the F-35 is supposed the replace.

Parenthetically, in January 2014, Natural News reported that with stringent production deadlines looming, the federal government gave contractors a waiver so that they could procure inexpensive magnets from China rather than from U.S. suppliers.

Prof. Hughes seems to suggest that the premise for a multi-role fighter aircraft was flawed from the beginning because of too many tradeoffs and that it should be canceled and its funding reprioritized into more cost-effective defense programs.

Specifically, the F-35 should be replaced with a series of new designs targeted toward the specific mission requirements of the individual branches of the armed forces, in lieu of a single aircraft design trying to be everything to everyone.

Obama left the U.S. military — and the U.S. in general for that matter — in a state of disrepair, and President Trump has understandably vowed to rebuild our defenses to protect America’s sovereignty. Giving logrolling military contractors a blank check for various revitalization projects and throwing good money away for bad projects is part of the problem rather than the solution, however. (RELATED: Read more about defense spending at NationalSecurity.news.)

Do you think that the F-35 should be abandoned or should the Pentagon stay the course?