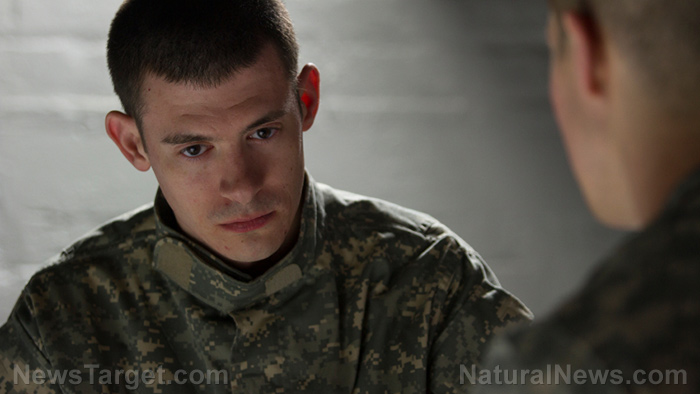 When then-GOP presidential nominee Donald J. Trump said on the campaign trail he was going to ‘fix’ the very broken Veterans Administration, he wasn’t kidding.

Since Trump was inaugurated January 21, he’s wasted little time in cutting what regulations and red tape he could via executive order. Congress has helped some, sending Trump several pieces of legislation and making the most use of the heretofore useless Congressional Review Act to beat back scores of new rules and regulations issued in the final months of the Obama administration.

Included in the administration’s efforts to cut back on onerous, expensive regulations is Trump’s campaign pledge to clean-up and reform the chronically inept, inefficient and corrupt VA. As reported by the Washington Examiner, the Trump administration has fired or dismissed more than 500 VA employees in the short months it has been in power.

According to data posted online last week, scores of other VA employees have been suspended and/or demoted as well; first steps toward eventual removal from their posts should their job performances not improve.

“Veterans and taxpayers have a right to know what we’re doing to hold our employees accountable and make our personnel actions transparent,” VA Secretary David Shulkin, who has vowed to publicize his agency’s anti-corruption reform efforts, said in a statement. “Posting this information online for all to see, and updating it weekly, will do just that.”

The VA has removed 526 employees since Jan. 20, according to the accountability report released on Friday. Agency officials have demoted another 27 employees and temporarily suspended an additional 194 employees for longer than two weeks. The list does not include names but shows positions.

“In addition to posting the adverse action information, Secretary Shulkin announced that he is requiring approval by a senior official of any monetary settlement with an employee over the amount of $5,000,” the VA said last week, the website reported. “Any settlement above this amount will require the personal approval of the undersecretary, assistant secretary or equivalent senior-level official within the organization in which the dispute occurs.”

Shulkin said that the new policy of disclosing the VA’s clean-up efforts is part of his plan to change the “culture” at the VA, which, frankly, has been one of cover-up, failure and corruption.

Robert McDonald, Shulkin’s predecessor, was roundly faulted for misrepresenting the number of employees the VA fired for any involvement they had in covering up very long delays in delivering health care to veterans at VA facilities. (Related: VA hospital officials shredded documents to hide existence of secret waiting lists that killed U.S. veterans.)

In November 2015, McDonald claimed in a statement that his department proposed a form of punishment for 300 people who were involved in the cover-ups of long delays in care that, in some cases, resulted in some veterans dying before being seen.

His statement appeared to contradict internal VA data. Instead, a department list of disciplinary actions meted out at the time affected just 24 employees, and some of them them only faced proposed acts of punishment in cases “involving patient wait time manipulation.”

“We’ve proposed disciplinary action against 300 individuals for manipulating scheduling,” the VA secretary said during a luncheon at the National Press Club in 2015.

But in all, McDonald was caught a number of times misrepresenting or obscuring the numbers of VA employees who had been disciplined. In August 2015, McDonald told lawmakers at a field hearing he had terminated more than 140,000 employees. But when one of them pressed him further, he corrected himself, saying, “The actual number of fired is 1,800.”

Clearly Trump has made the military a priority, in every respect. In addition to wanting more money to build up U.S. forces badly battered by 15 years of low-intensity conflict, he also is ensuring that all veterans receive the kind of care the country and the Pentagon promised them when they enlisted.