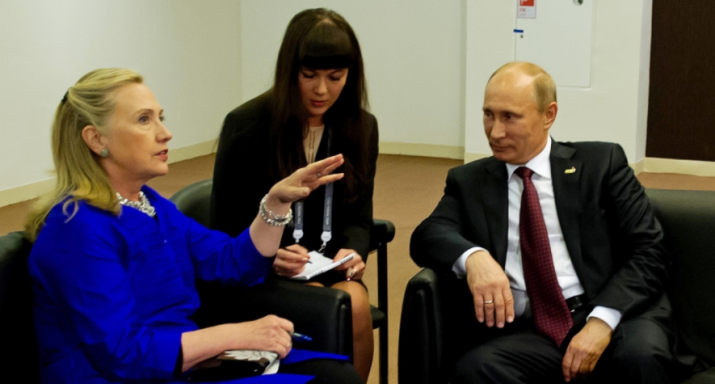 An attorney who is representing an American businessman who worked undercover for the FBI and was witness to one of the biggest scandals of the Obama administration says her client was threatened with retaliation by the previous administration if he dared step forward and tell Congress about Russian efforts to unduly influence then-Secretary of State Hillary Clinton and the Obama White House.

As reported by The National Sentinel, attorney Victoria Toensing, the former chief counsel for the Senate Intelligence Committee and a Justice Department official during the Reagan administration, said in an interview with The Hill that she is currently trying to convince the Trump administration or the FBI to allow her client to speak.

“All of the information about this corruption has not come out,” she said Tuesday. “And so my client, the same part of my client that made him go into the FBI in the first place, says, ‘This is wrong. What should I do about it?’”

Toensing also claims that she has in her possession several memos that detail how the Obama Justice Department threatened her client last year as he tried to file a lawsuit that would have brought attention to Russian corruption during the 2016 presidential contest while helping him recover money stolen from him by Russian operatives via kickbacks.

As previously reported by NewsTarget founder/editor Mike Adams, the Health Ranger, Toensing’s client was witness to the deep corruption involved in the sale of Uranium One, a Canadian-based company with vast uranium holdings in the U.S., to a Russian nuclear energy firm. The sale, which was approved by the Obama administration — a decision that Hillary Clinton was involved in making — gave Moscow control over 20 percent of all strategic U.S. uranium, the principal element in nuclear weapons:

Although the entire left-wing media is running a campaign of complete silence on this story, the rest of the media is now widely reporting that, under President Obama, the FBI had documented an exhaustive trail of corruption, bribery, and treason that involved Hillary Clinton, State Department corruption and Russia-linked mining companies that acquired rights to U.S. uranium supplies. This truth was described in great detail in the book Clinton Cash by Peter Schweizer, and now evidence is emerging that further confirms the depth of collusion, corruption, money laundering and treason that Hillary Clinton actively pursued to collect $145 million from Russia-linked sources.

As the deal progressed beyond 2009 and into 2013 when it was concluded, these tens of millions of dollars flowed into the Clinton Family Foundation. In addition, Bill Clinton received hefty, outsized payments of $500,000 each for a series of speeches he gave in Moscow — meaning that, in reality, the real “Russian collusion” that occurred during last year’s election and before did not involve Donald J. Trump or his campaign, but rather “Crooked” Hillary Clinton and ‘corrupt’ Barack Obama.

As for Toensing, she told The Hill that her undercover client was witness to “a lot of bribery going on around the U.S.” but was nevertheless asked by the FBI to sign a non-disclosure agreement which prevented him from telling Congress what he knows.

Last year, as he attempted to bring the corruption to light with a lawsuit, “the Obama Justice Department threatened him with loss of freedom” — that is, they were planning to arrest him on some bogus charge and throw him in some deep, dank, dark cell somewhere for however long they chose.

“They said they would bring a criminal case against him for violating an NDA,” she said — hypocritical as it can be, given the fact that Hillary, via her private email server, mishandled scores of classified data and then-FBI Director James Comey let her go.

According to emails seen by The Hill, a civil attorney who was working with the undercover businessman discussed the pressure being put on them both by the corrupt Obama Justice Department and the effort being exerted to keep the client from telling a federal court what he knew last summer. (Related: Why is Obama getting a pass from the media over Comey’s surveillance of Trump campaign?)

“The government was taking a very harsh position that threatened both your reputation and liberty,” the civil lawyer wrote in one email. In yet another, she noted, “As you will recall the gov’t made serious threats sufficient to cause you to withdraw your civil complaint.”

This corruption extends far beyond Hillary Clinton and Barack Obama. It also involves Robert Mueller, the “special counsel” who was appointed by Trump’s Justice Department to investigate “collusion” between the Trump campaign and Russia — a completely fabricated charge.

“Until September 2013, the FBI director was Robert Mueller — who’s now the special counsel probing Russian meddling in the 2016 election. It’s hard to see how he can be trusted in that job unless he explains what he knew about this Obama-era cover-up,” the New York Post very aptly pointed out.

And let us not forget that it was Comey — the man who let Hillary off the hook — who did everything he could, including potentially breaking the law and/or FBI rules — in making sure that Mueller was appointed special counsel. As The National Sentinel noted in July:

[The House Republicans] further noted that Comey admitted to the Senate Intelligence Committee earlier this month he intentionally leaked a memo alleging some Trump ‘interference’ in the FBI’s Russia investigation to the media via a friend, with the specific intent of getting a special counsel appointed.

There are even holes in the Deep State claim that Russia really wanted Trump to become president. Adams notes:

Had Hillary Clinton become president, her administration would have covered up all these crimes. That was the entire plan, of course: Fake the polls, run a fake news media blitz and steal the election by convincing people that Clinton’s victory was inevitable. From there, Obama would pass the baton to Clinton, where the criminal collusion of both of them would be forever buried under a web of complicit FBI directors and media lackeys who have abandoned real journalism.

There’s no doubt that’s true but consider this: Because of Hillary’s corrupt involvement in this deal, Russian President Vladimir Putin had all the goods on her and would have used the evidence to get Clinton to adopt policies that were harmful to the American people but beneficial to Russia. If she refused, he would have just had this information “leaked” to the right media sources.

Make no mistake, this is one of the biggest political scandals of all time. It involves some very serious negative implications for our national security. Adams is right: What was committed here is high treason and it is incumbent on the Trump administration to bring these criminals to justice.

J.D. Heyes is also editor-in-chief of The National Sentinel.