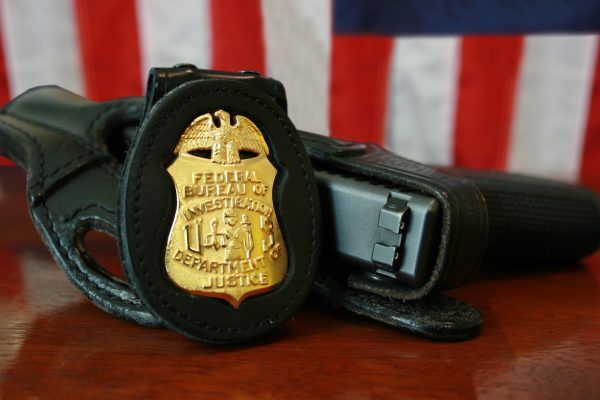 In responding to allegations that it intentionally deleted a series of text messages exchanged between former Robert Mueller Special Counsel investigator Peter Strzok and his mistress, Lisa Page, the Federal Bureau of Investigation (FBI) is now claiming that the disappearing act is not the result of any wrongdoing by the agency.

While Congress increasingly uncovers evidence of a massive coverup, the FBI is taking “the dog ate my homework” stance, insisting that it didn’t intentionally delete the message, but rather that they simply got “lost.” But can the agency actually prove this? Likely not, according to an insider who recently spoke with Fox News about the unfolding saga.

“The FBI must show now that the missing texts are not obstruction of congressional oversight or destruction of evidence,” stated the source, who is being described by Fox News as a member of the congressional committee investigating the FBI’s handling of the missing Hillary Clinton email archive.

Department of Justice (DOJ) Inspector General, Michael Horowitz, is also being questioned by many members of both the Senate and the House. Horowitz has also been involved in investigating the FBI’s handling of the Clinton email scandal, and many want to know if he somehow has access to the missing text messages.

“Congressional investigators will also be asking: ‘Does the FBI’s explanation make sense?” asks the Washington Examiner‘s Byron York. “Is there evidence to support it? Were other Samsung phones not recorded as a result of technical problems between December 14, 2016 and May 17, 2017?”

At the current time, the FBI has refused to comment on these important details, which further smells of a coverup. And even if there were legitimate technical problems that resulted in the texts vanishing into thin air (which is highly unlikely), it remains of pertinent importance to determine whether or not they can be retrieved, and to take a closer look into what they say.

Meanwhile, an ongoing review into 50,000 new text messages between Strzok and Page that recently surfaced suggests that there was (or is) a sinister plot to take down the president. Representatives Trey Gowdy (R-SC) and John Ratcliffe (R-TX) both spoke with Fox News about what they discovered in these text messages – and it isn’t pretty.

In essence, there appears to be some sort of “secret society” operating within both the FBI and the DOJ that has one goal in mind: to take down President Trump. Rep. Ratcliffe stated publicly that there existed an obvious bias within these agencies, and that there was talk of an “insurance policy” in place to prevent Donald Trump from winning the election.

“What we learned today in the thousands of text messages that we’ve reviewed (is) that perhaps they may not have done that (checked their bias at the door),” Rep. Ratcliffe said. “We learned today from information that in the immediate aftermath of his election that there may have been a ‘secret society’ of folks within the Department of Justice and the FBI to include Page and Strzok to be working against him.”

Attorney General Jeff Sessions has also since come forward to state that the DOJ will conduct a thorough investigation into why the other text messages are no longer available. He said in a statement that his agency will “use every technology available to determine whether the missing messages are recoverable from another source.”

“If we are successful, we will update the congressional committees immediately,” Sessions added, noting that the DOJ “will leave no stone unturned” in getting to the bottom of what could become one of the most eye-opening political bombshells in recent history.

Sources for this article include: