U.S., Russian warplanes flying “within visual contact” of each other in Syria as D.C., Moscow search for way to avoid direct conflict 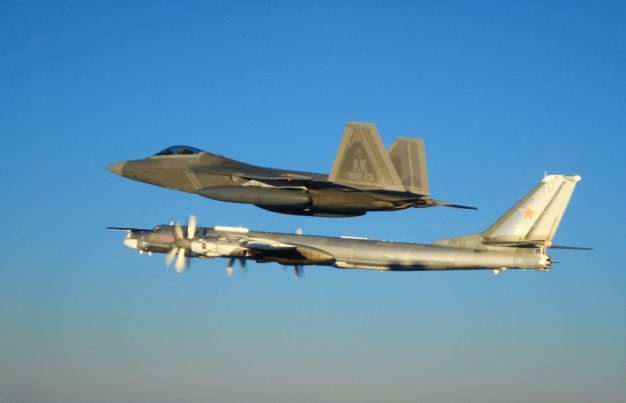 (NationalSecurity.news) U.S. and Russian warplanes recently flew within 10 to 20 miles of each other – well within visual contact range – in skies over Syria, ratcheting up tension between the two great powers as leaders from Washington and Moscow race to find a way to avoid conflict.

As reported by the UK’s Independent and the BBC, the incident has prompted a new round of frantic talks as leaders try to find a solution to both countries’ competing interests in a country mired in civil war.

“US Secretary of Defense Ash Carter said he expected a deal soon. Russia said it had ‘updated proposals’ to be discussed during a video conference,” The Independent reported.

U.S. military spokesman Col. Steve Warren said that two combat aircraft flown by the U.S. and two flown by Russia “entered the same battle space” and were in visual contact with each other, reported The Independent.

A video conference is planned between U.S. and Russian officials to work out how to avoid conflict as Russian warplanes conduct airstrikes against forces opposed to Syrian President Bashar al-Assad, even as U.S. and allied aircraft conduct strikes against pro-Syrian government forces.

“Even as we continue to disagree on Syria policy, we should be able to at least agree on making sure our airmen are as safe as possible,” he added, according to the International Business Times.

Russia and Iran had been conspiring to launch airstrikes in Syria, in support of Assad, for months prior to Moscow’s first actions Sept. 30, as NationalSecurity.news reported.

Have you visited our online store? Click here for the NationalSecurity.news Commissary online!