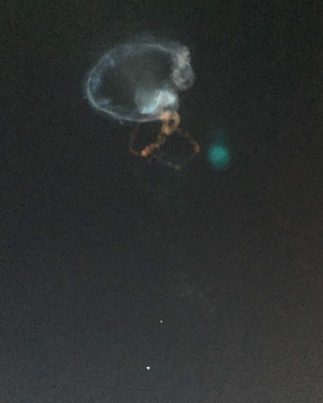 (NationalSecurity.news) In its ongoing effort to bolster its asymmetrical warfare capabilities, likely as a means of countering dominant U.S. military superiority, the Chinese military has conducted another anti-satellite missile test, the Washington Free Beacon reported.

The successful test of the new missile, formerly known as the Dong Neng-3 exoatmospheric vehicle, took place Oct. 30 from China’s Korla Missile Test Complex in the western part of the country, according to two defense officials familiar with the test reports.

In addition, Chinese press provided some details of what was called a missile defense interceptor flight test conducted Nov. 1; photos of that test were posted online (see above).

But the defense officials told the WFB that the DN-3 is largely designed to be a direct-ascent missile that rams into satellites and destroys them, even if intelligence assessments have indicated there may be some missile defense uses for the weapon.

The latest anti-satellite test was China’s eighth. An earlier test took place in July 2014; Chinese officials asserted that, too, was a missile defense test.

The WFB said State Department officials would not comment on the report; Chinese embassy officials did not mention the test specifically but said that Beijing advocates for the peaceful use of space.

Instead, State Dept. officials referred the WFB to an earlier speech by Frank Rose, assistant secretary of State for arms control, verification and compliance, who commented on the July 2014 test in February.

“Despite China’s claims that this was not an ASAT [anti-satellite] test; let me assure you the United States has high confidence in its assessment, that the event was indeed an ASAT test,” Rose said.

“The continued development and testing of destructive ASAT systems is both destabilizing and threatens the long-term security and sustainability of the outer space environment,” he added.

China’s most destructive ASAT test occurred in 2007 when a missile actually destroyed a Chinese weather satellite. The satellite’s destructing dramatically increased the global debris field that orbits the Earth, thereby increasing the potential that other orbiting systems could be struck and damaged.

China’s development of anti-satellite weaponry is primarily directed at countering superior U.S. military technology on the battlefield, say experts, nearly all of which is satellite-driven and guided.

“China has no illusions about its military inferiority via-à-vis the United States and knows that the status is likely to endure for at least two decades,” explains security analyst Loro Horta in a paper for Yale University. “As such the PLA has been developing a full range of asymmetric strategies to deter the US until its military reaches maturity.”

In addition to cyberwarfare, China’s asymmetrical capabilities include ASAT weapons, blinding lasers and development of the DF-21 anti-ship missile that many analysts believe is being designed to attack American aircraft carriers.