Did China just make a breakthrough in stealth technology? 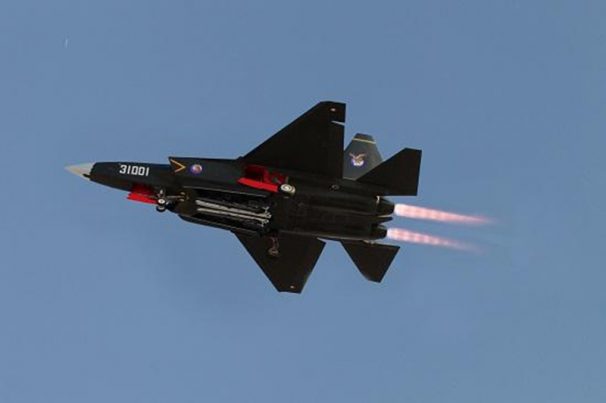 (NationalSecurity.news) The United States became the first nation to develop stealth technology for its warplanes and other weapons systems, but a group of Chinese scientists may have just one-upped the Pentagon, according to a report from Defense One.

The scientists may have created a new type of stealth material that would make it extremely difficult to detect future fighter jets, even utilizing today’s most cutting-edge anti-stealth radar.

The Chinese researchers have developed new material they claim can defeat microwave radar at ultra-high frequencies (UHF). Previously such material has been too thick to apply to fighter jets but the new material reportedly is thin enough to use on military aircraft, warships and other equipment.

Modern synthetic aperture radars use a array of antennas that director microwave energy, enabling operators to see through clouds and fog and thus provide an approximate estimate of an object’s size – a so-called “radar cross-section,” Defense One reported. But with material that is radar absorbent, not all of a radar’s signal bounces back so large objects, like warplanes, can look much smaller, thus disguising them.

“Our proposed absorber is almost ten times thinner than conventional ones,” said Wenhua Xu, a team member from China’s Huazhong University of Science and Technology, in a statement.

Their paper, which was published Nov. 11 in the Journal of Applied Physics, describes a material that is comprised of semi-conducting diodes (varactors) and capacitors that have been soldered onto a printed circuit board. Defense One further notes:

That layer is sitting under a layer of copper resistors and capacitors just .04 mm thick, which they called an “active frequency selective surface material” or AFSS. The AFSS layer can effectively be stretched to provide a lot of absorption but is thin enough to go onto an aircraft. The next layer is a thin metal honeycomb and final is a metal slab.

The good news: the material isn’t locked away in a lab but published openly, so it’s not going to surprise anyone.

Stealth technology, developed by the U.S. in the last century for weapons platforms like the F-117 fighter/bomber, B-1 and B-2 bombers, and since incorporated into other systems like the F-35, allowed the Pentagon to dominate in the technology sphere over rivals like the Soviet Union.

Experts have said the F-35’s stealth capabilities are its most valuable feature. However, in 2009 China was able, reportedly, to steal design and electronics data belonging to the program. The result – China’s new J-31 fighter looks nearly identical to the F-35, and many wonder if the electronics suite aboard the Chinese fighter is identical as well.

As NationalSecurity.news has previously reported, some defense and intelligence experts and officials are concerned that U.S. companies may inadvertently be providing China with sensitive dual-use technologies. Those firms include Microsoft, IBM, and Cisco Systems.