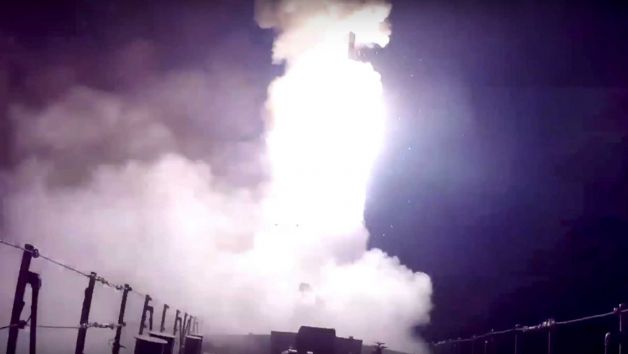 As reported by the Washington Free Beacon, in recent days Moscow carried out its first successful flight test of a new ASAT missile, which marks “a new phase in the global militarization of space.”

The flight test of the Russian ASAT missile, which is called Nudol, occurred on Nov. 18, defense officials familiar with the test told the WFB. It was the first successful test out of three attempts, said defense officials, who spoke on condition of anonymity.

With the successful test, Russia now joins China as having developed an ASAT capability, giving both nations a strategic space warfare weapon. The United States military, as well as its civilian communications and economic infrastructure, depends heavily on satellites for intelligence and delivery of weapons systems, and it appears likely that Chinese and Russian ASAT systems are designed to threaten U.S. superiority in this area.

“They are developing capabilities that concern us,” Hyten said, according to a report in the Colorado Springs Gazette published a day before the test, according to the WFB.

While there is little information available publicly regarding the Russian program, it – like its Chinese counterpart – appears to be a direct-ascent weapon that is linked to missile defense programs.

State-run media in Russia described the mobile transporter-launcher for what has been identified as “a new Russian long-range missile defense and space defense intercept complex,” Novosti reported in 2014, according to the WFB. The system is “being developed within the scope of the Nudol OKR (experimental development project).”

Gen. Hyten has said he doesn’t want to see military conflict take place in space but also sounded a realistic tone, noting, “we have to be able to defend ourselves.”

The Pentagon says several countries including Russia, China, North Korea and Iran are working on an ASAT capability.

In November, NationalSecurity.news reported that China had conducted its most recent ASAT test, which was also successful. The successful test of the new missile, formerly known as the Dong Neng-3 exoatmospheric vehicle, took place Oct. 30 from China’s Korla Missile Test Complex in the western part of the country, two defense officials familiar with the test reports told the WFB at the time.

Some in Congress are growing increasingly concerned about maturing Russian and Chinese ASAT capabilities, including Rep. Mike Pompeo, R-Kansas, a member of the House Permanent Select Committee on Intelligence.

In an interview with the WFB, Pompeo said lawmakers and the Obama administration couldn’t continue to turn “a blind eye” to these developments. He also said Congress and the administration should authorize the Pentagon to develop its own ASAT capability.

“As President Obama cuts our defense budget and seeks to ally with Putin, the Russians continue to develop their technological abilities to weaponize space and to take out our national technical means—kinetically and through cyber,” he said.

“We can foolishly turn a blind eye to these developments, or acknowledge this threat and develop our own capabilities to ensure that our satellites—military and commercial—are not susceptible to attack or blackmail,” he added.

Other defense experts were in agreement.

“For decades the Congress has prevented the U.S. from putting weapons in space and even developing a ground-based ASAT capability,” former Pentagon official Mark Schneider told the WFB. “There is no such constraint upon the Russians and Russia violates arms control treaties when this is in their interest to do so and they find ample opportunity to do this.”