U.S. military’s next war with be fought with futuristic weapons 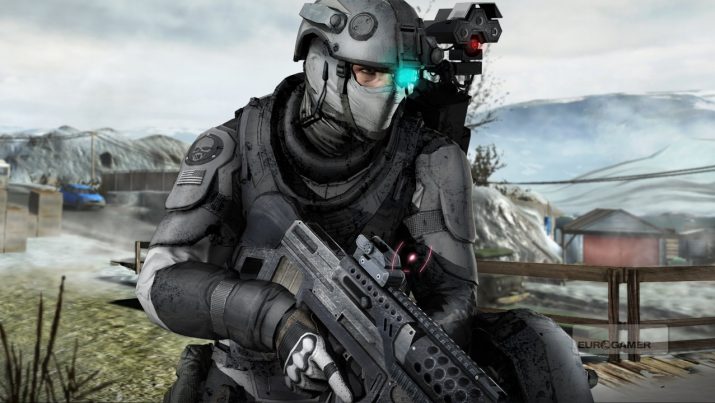 (NationalSecurity.news) Should the United States have to fight another major conflict with a great power in the near future, some of the weapons the Pentagon will field are the stuff of science fiction. Or, rather, they used to be.

As noted by the Pittsburgh Tribune Review, some of those weapons will include laser platforms on warships and fighter jets; wheeled robots that can fire tank-melting missiles; and soldiers that are armed with rifles that transform each of them into snipers.

While many of these weapons are still under development, some are just now being fielded, and that is especially true of laser weaponry, which has been under development by the Pentagon for decades. In addition to new weapons, the way the Pentagon wages war will be “more networked that ever, with bullets that provide the ability to detect and destroy foes with ruthless precision, limiting American casualties,” the paper reported.

In other words, nothing like World War II, Vietnam or even the first Gulf War.

Will critics say many of these wonder weapons will never pan out, others say that the U.S. has the resources and should continue futuristic weapons development in order to remain ahead of competitors and to help preserve American forces engaged in battle. Some have said that robotic weapons will eventually remove humans from the decision-making regarding killing, which could trigger some ethical concerns.

However, many other weapon systems under development are merely improvements in how U.S. troops fight. And at the forefront of that development, as always, is the Virginia-based Defense Advanced Research Projects Agency, or DARPA. With an annual budget of nearly $3 billion, the agency funds almost 250 projects designed to guarantee U.S. military superiority, while also helping to ignite economic development domestically.

DARPA’s priorities include finding and fouling enemy radar before it spots American forces; developing navigation systems that don’t need Global Positioning System satellites that are vulnerable to enemy missiles; delivering warheads to targets at hypersonic speeds; and erecting an electronic wall to protect America from cyber attacks while simultaneously sifting through trillions of pieces of data for signs of terrorism overseas.

Some DARPA research is at the cutting edge of science and technology, such as developing neural implants that assist victims of roadside bombs in overcoming brain injuries. But many other projects are aimed at improving U.S. combat effectiveness and efficiencies, like the Upward Falling Payloads program that will allow the Pentagon to pre-position military equipment in mobile pods on or near the ocean floor, thereby alleviating the need for fleets of slow-moving and vulnerable Navy and Merchant Marine supply ships.

The remotely-summoned pods will begin floating to the surface before then speeding, unmanned, to wherever supplies are needed. And stashing the pods more than a mile below the ocean surface makes it difficult for enemy forces to locate and destroy them.

The program began in 2013 and will cost $22 million this fiscal year, but if successful it would save the Pentagon billions in the years to come by cutting the fleet of supply ships. Sea-testing trials are to begin next year, DARPA officials say.

Specifically, though, systems that don’t require humans to directly operate them – like unmanned systems – are the wave of the future, Michael Horowitz, associate professor of political science at the University of Pennsylvania, told the paper. One of the country’s foremost experts on autonomous weapons, he said while critics caution against using robots because they could be programmed to hunt down humans, he says that threat is “overstated.”

“Militaries want to build weapons they can control. The last people that want to employ weapons with unpredictable software or uncertain effects will be militaries,” Horowitz said.

Other weapons and militarily useful systems under development at DARPA include:

— So-called transparent metal would replace bulletproof glass and could be used in airplane cockpits and soldier’s helmet visors;

— Using 3-D printing technology to make spare parts on site, rather than using expensive supply convoys that are vulnerable to attack;