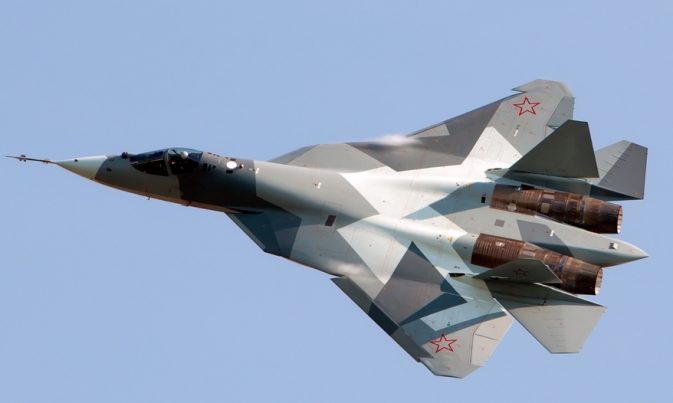 (NationalSecurity.news) The Pentagon is pushing for the rapid development of next-gen weapons because, after decades of U.S. military dominance in planes, ships, and missiles, Russia and China are rapidly narrowing the gap.

As reported by National Defense Magazine, the Pentagon’s top generals and admirals are scheduled to meet in the coming weeks to discuss what the Defense Department needs to do in order to widen the military technology gap with China and Russia. In recent years, both countries have poured more resources into new military technologies that are challenging American military superiority.

The discussions will likely shape future decision-making regarding investments, policy and organization changes that need to be made to offset high-tech weaponry advances being made by other great powers, mainly in the areas of air defense and precision weapons, the magazine reported.

Specifically, the Pentagon’s top officers suspect both Russia and China are gaining in “asymmetric” warfare, specifically, as they hone cyber capabilities and modernize precision-guided weaponry in a bid to thwart long-held U.S. dominance in warships and combat aircraft.

“Our competitors are approaching us in that capability,” said Air Force Gen. Paul J. Selva, vice chairman of the Joint Chiefs of Staff.

That said, the arms race for precision weaponry is far from lost though Selva – speaking March 10 at the McAleese & Associates defense industry conference in Washington, D.C. – noted potential adversaries are making rapid advances.

Chinese and Russian advanced weapons “may have bested us in range, but they have not yet bested us in precision or the ability to integrate effects,” Selva said. “But they’re not far behind us, so what do we change next?”

DoD has launched several war games and experiments in an effort to try to answer that and other questions, Selva explained.

Generally, the plan – known as the “third offset” – quickly entered the military and defense vernacular after being introduced last year by Deputy Defense Secretary Robert Work. But thus far most conversation has been largely semantics, while some have questioned whether “third offset” as a phrase is too esoteric for audiences who are unaware of the history of the Pentagon’s first and second offset efforts spread over the past 50 years.

Now, the Pentagon wants to “move this process to a higher level of debate, not just discussing if the name is cool or not,” Selva said.

“The third offset is about figuring out what we do differently,” he continued. “What do we change that allows us to apply technology, operational concepts and organizational structures to defeat their advantage in long range precision strike systems.”

Senior intelligence community officials are leading this process along with Work and Selva, the magazine reported.

“We chair a committee to drive these issues to some sense of resolution so we can move forward with some experimentation and operational design,” Selva said.

At present, he said, a two-star level war game is underway and military officials are looking at recommendations being put forth by that team, said Selva.

“In about three weeks, we are going to move it to the four-star level,” bringing together the chiefs and vice chiefs of the services, as well as regional combatant commanders, “and let them argue if the concepts are useful.”

Military operations in Ukraine, involving separatists backed by the Russian military, are illustrative of what the U.S. needs to consider in the third offset strategy.

Separatist forces trained by Russia are a “capable army that brought to the tactical level rapid command and control, and electronic warfare in an attempt to control the timing and place of the battle,” he added.

He added that modernization of U.S. nuclear forces would likely also be needed to fully deter Russia and China.

Other experts said the third offset may only buy the U.S. military as much as a decade, and that research and development of weapons systems and capabilities should be perpetual.