Are we in for a long summer of discontent in the South China Sea? 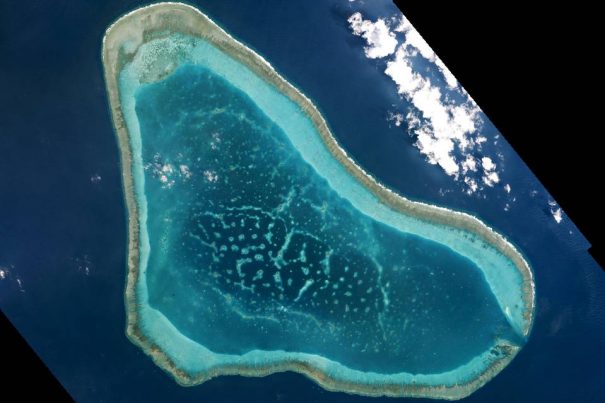 (NationalSecurity.news) As evidence mounts that China is preparing another controversial round of island-building in disputed waters in the South China Sea, the U.S. military and its allies in the region remain on high alert. But a storm may be brewing in the region ahead of a key international court ruling that many observes expect to go against Beijing, the Washington Post reports.

Three times in recent days, the U.S. Pacific Command said it sent warplanes close to the Scarborough Shoal, a small, triangular chain of coral reefs, sand and rocks just off the coast of the Philippines; the response in China was sharp and pointed.

That site happens to be the latest point of tension between China, the U.S. and a combination of countries that surround the South China Sea as Beijing continues to press what it obviously sees as an advantage – for the time being – in building seafaring outposts throughout the region.

Up to this point some experts believe there has been little pushback against what they see as blatant Chinese expansionism, and that, they say, has only encouraged China to continue down the same path. But in recent months the Obama administration has been pushing back – slightly at first, and mostly via diplomatic channels, but now with a more muscular response in the form of aircraft carrier battle groups, warplanes and undersea assets.

In addition, the administration is shoring up and expanding alliances in the region – with Japan, the Philippines and Australia, among others – to form a coalition that seeks to check Beijing’s expansionism while sending a message that its effort to control one of the world’s most vital shipping lanes won’t be tolerated.

“Thunderclouds are gathering over the South China Sea, and China is the lightning rod,” Carl Thayer, emeritus professor at the University of New South Wales in Australia, told the Post.

As for the shoal, Beijing seized it from Manila in 2012, and now appears to be considering whether to expand it by building an artificial island, according to some experts. China has already reclaimed or built seven artificial islands nearby in the Spratly Island chain.

Work on the shoal would be another major step in cementing China’s long-term control of the South China Sea, but it would also significantly raise regional tensions and bring China’s military against into close contact with U.S. military bases in the Philippines.

Coming sometime this summer is an expected ruling by a panel of jurists at a United Nations-appointed tribunal in The Hague that is likely to undermine China’s expansionist efforts, so Beijing may attempt to preemptively begin work on the shoal, which is known in China as Huangyan Island, say experts.

“It’s believed that the rulings will be unfavorable to China and there are concerns that other countries like the United States and Japan will take this opportunity to further challenge China’s territorial claims in the area,” said Shi Yinhong, professor of international relations at Renmin University in Beijing, the Post reported.

In the past Beijing has said its claims in the South China Sea are sovereign and beyond the purview of international legal bodies and other nation-states, but an unfavorable ruling would nonetheless serve to undermine China’s outsized claims to an entire body of water and all that passes through it.

Experts say there is at least circumstantial evidence to support the belief that China is anticipating expanding the shoal, as the Post reported:

In February, a plan to expand the shoal into an island containing a runway, harbor, town and resort surfaced on a Chinese website dedicated to military issues. Although a similar — albeit less-detailed — image had circulated in 2012, its recent reappearance was taken by some observers as a sign that the issue was being considered.

In March, the U.S. Navy chief, Adm. John Richardson, told the Reuters news agency the military had seen Chinese shipping activity around Scarborough Shoal, including possible survey work, suggesting it could be “the next possible area of reclamation.”

[Recently], the South China Morning Post quoted an unnamed source “close to” the Chinese navy as saying China would carry out “land reclamation” on the shoal this year.

None of that is conclusive, experts advise, but there is enough anecdotal evidence to support the belief that China could move on the shoal sooner if Beijing senses the Hague panel will rule against it.

Diplomatically, China has also been active. Beijing has secured Russian support for its South China Sea claims and activities, and it has also reached a separate agreement with Indonesia for greater maritime security and marine cooperation.

Also, Beijing recently reached what it termed an “important consensus” with Cambodia, Laos and Brunei that conflict should not affect its relations with the Association of Southeast Asian nations (ASEAN) – a move some see as an attempt to divide the organization ahead of the ruling.

Clearly, any attempt to build on Scarborough Shoal would be viewed as an escalation by the United States and its allies in the region, the Post noted.