CIA chief says ISIS terror attacks in Turkey may be a precursor to additional assaults in the U.S. 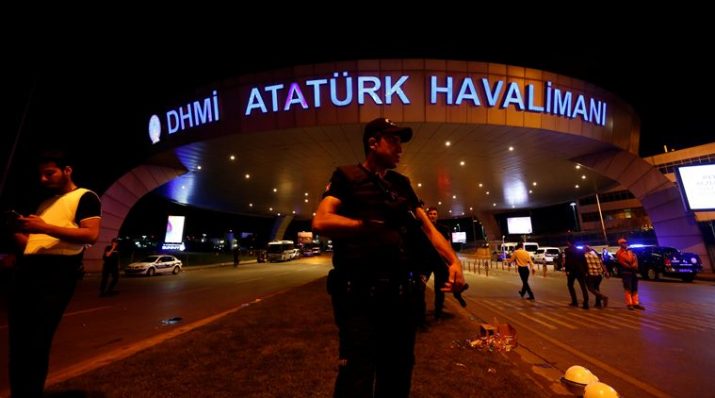 “I am worried from the standpoint of an intelligence professional who looks at the capabilities of Daesh … and their determination to kill as many as people as possible and to carry out attacks abroad,” Brennan said in an exclusive interview with Yahoo News. “I’d be surprised if Daesh is not trying to carry out that kind of attack in the United States.”

Daesh is another term used for ISIS, or the Islamic State.

Brennan said that the terrorist group is expanding its international reach, even as it loses some ground in Iraq and Syria, where it has strongholds and has carved out a self-declared caliphate.

Also, The Daily Mail in London revealed in early June that the United Cyber Caliphate, a group that supports Islamic State, sent a “kill list” of almost 8,000 names and addresses of Americans, calling for lone-wolf extremists to “kill them strongly to take revenge for Muslims.”

Brennan said that one of the biggest obstacles to stopping ISIS is Syrian President Bashar al-Assad, who the CIA chief says “is in a better and stronger position” today than he was a year ago. That’s largely thanks to Russian intervention on his behalf.

“The Russians sometimes want their cake and eat it too as far as having the cooperation with us against terrorists but not wanting to do anything that’s going to lead to a political settlement that will have a more durable future as a far as a political agreement,” he said.

As for attacks on the U.S., Brennan told Yahoo News that U.S. intelligence believes the attacks on Americans in San Bernardino, Calif., and Orlando, Fla., were carried out by radicalized citizens pledging loyalty to ISIS. But, he said, he believes the terrorist group is constantly looking for ways to infiltrate the United States with its own operatives.

“You look at what happened in the Turkish airport, these were suicide vests. It’s not that difficult to actually construct and fabricate a suicide vest … so if you have a determined enemy and individuals who are not concerned about escape, that they are going into it with a sense that they are going to die, that really does complicate your strategy in terms of preventing attacks,” he said.

He added: “I’d be surprised if Daesh is not trying to carry out that kind of attack in the United States.”

The CIA director noted that analysts believe ISIS is resorting to isolated terror attacks on the West because it is losing ground in the Middle East.

“I am worried from the standpoint of an intelligence professional who looks at the capabilities of Daesh … and their determination to kill as many as people as possible and to carry out attacks abroad,” he said.