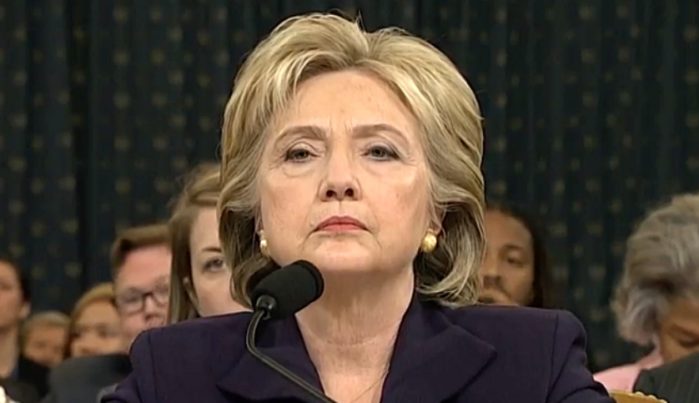 (NationalSecurity.news) Data and information that passed through the Democratic National Committee’s information technology network as well as Hillary Clinton’s personal email servers ought to be considered an open secret to global intelligence services, says a key member of the House Permanent Select Committee on Intelligence.

“We all live in an environment now where we see bad actors [like] the Chinese People’s Liberation Army, the Iranians, the Russians, who all have active cyber programs to steal emails,” Rep. Mike Pompeo, who sits on the House Intelligence Committee, told the Washington Examiner.

“I think it’s the case for the DNC as well as for Secretary Clinton’s homebrew server,” he added. “One has to assume those bad actors are going to obtain access to those servers. So that information is available. That’s why classified information needs to never be put there.”

“I think it’s almost certain that the 33,000 emails Secretary Clinton destroyed … are in the possession of nation-state actors that intend to do destruction to America,” Pompeo said. “I think it’s incredibly likely. I think that’s what [FBI] Director James Comey told us as well.”

Pompeo was discussing Friday’s document dump by Wikileaks, which released about 20,000 emails that were stolen from the party’s email servers, which intelligence analysts believe was the work of the Russian government.

The documents, which reveal how DNC officials conspired with Clinton’s campaign to crush her primary opponent, U.S. Sen. Bernie Sanders, I-Vt., have caused massive protests at the DNC convention this week in Philadelphia.

The FBI said Monday it would launching an investigation into the hack; many experts believe what has been released thus far is just the tip of the iceberg.

“The new investigation is based upon the widespread nature of the intrusion,” Tom Kellermann, CEO of the Washington, D.C. based firm Strategic Cyber Ventures, told the Washington Examiner. “How far did the Russians colonize our devices?”

There is some evidence to suggest that the answer is significantly. The hack was linked to a pair of Russian hacking outfits known as “Cozy Bear” and “Fancy Bear.” The hack lasted almost a year before being discovered by CrowdStrike, a cybersecurity firm, in June. That amount of time gave hackers plenty of opportunity to steal just about anything of value while infesting an untold number of devices belonging to American leaders.

Also, in comments made by Wikileaks founder Julian Assange just days before the leak was publicized, he hinted that information related to Clinton was also going to be leaked.

“We have emails relating to Hillary Clinton which are pending publication,” Assange said in an interview at the time with British ITV, adding that he anticipated it would be “a very big year” for his site because of information it holds on the former first lady, U.S. senator and secretary of state.

Democrats have attempted to tie the hack to Trump, who has praised Putin’s leadership in the past. But Republicans on the Intelligence Committee say such claims are unsubstantiated.

“We can now see the fix was in for President Obama and Secretary Clinton to make sure that Bernie Sanders would never be elected. That’s embarrassing to many Democrats, so they’re flailing about trying to find separate storyline to deflect from the true substance of what was in those emails,” Pompeo said.