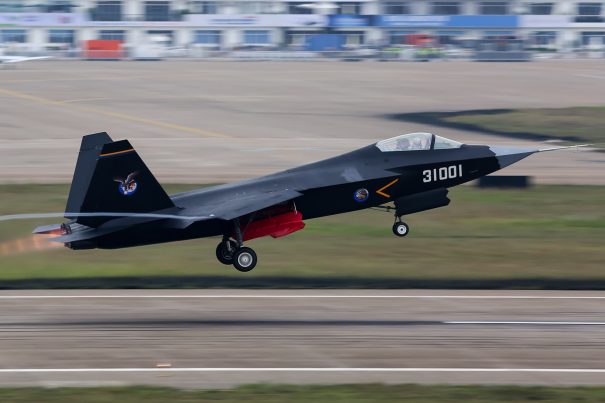 (NationalSecurity.news) The Chinese People’s Liberation Army Navy has specific plans for its budding fleet of aircraft carriers: Projecting power beyond the country’s coastal waters; and enforcing outsized territorial claims in the South China Sea, including some of the most disputed regions.

Those are some of the conclusions noted by HIS Jane’s Navy International, a well known and highly respected British defense journal, in a post on Monday.

Citing Chinese Prof. Chu Shulong, who is currently the director of the Institute of International Strategic and Development Studies at Tsinghua University in Beijing, the journal, on its Web site, said the academic also pointed to recent “freedom of navigation” missions conducted in the South China Sea by the U.S. Navy as further proof that the PLAN needs to bolster its presence in the region.

“For the Northern Sea, Yellow Sea, and Eastern Sea, China does not need an aircraft carrier. Chinese land-based [aircraft] are capable of reaching places like the Diaoyu Islands”, Chu, in reference to the territories also claimed by Japan and known in Tokyo as the Senkaku Islands, told the journal.

But, he continued, that isn’t true regarding China’s territorial claims in the South China Sea.

“Should the Americans send their [aircraft] and ships into the South China Sea, China currently does not have the [aerial] capacity to deal with such a challenge,” Chu noted. He said it would take up to an hour for Chinese fighters to arrive on station in the area from their nearest airbase, located on Hainan Island.

“These challenges [from the United States] will most likely take place very frequently in the future,” said Chu.

U.S. Navy freedom of navigation missions have convinced Chinese military leaders that they will need to station an aircraft carrier permanently in the South China Sea going forward, Chu said.

As NationalSecurity.news reported earlier, China is building its first indigenous aircraft carrier, which will become the second carrier in a budding fleet.

Defense Ministry spokesman Yang Yujun told Chinese media that the “relevant authority started the research and development of China’s second aircraft carrier, which is currently under independent design and construction.” He went on to emphasize that the ship was domestically “designed” by Beijing.

The United States does not recognize China’s reclamation of reefs in the South China Sea as “Chinese soil” that is subject to the same 200-mile Economic Exclusion Zone requirements contained in international sea-faring treaties.

At the same time, there are a number of other nations in the area – Vietnam, the Philippines, Singapore, Malaysia, Indonesia and others – that also have claimed various portions of the South China Sea where Beijing is building its fake islands.

The entire region is believed to be rich in natural resources.