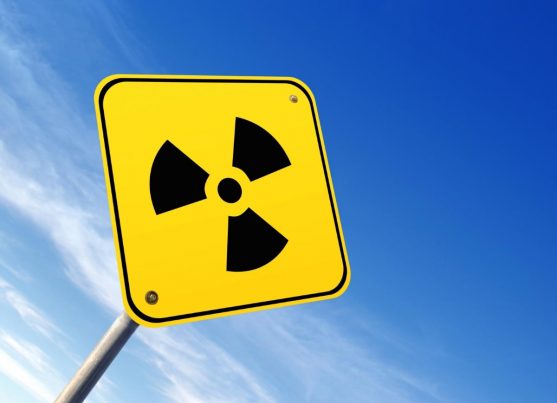 (NationalSecurity.news) It is certainly in the U.S. government’s interest to be able to track the smuggling of nuclear weapons and materials around the world, which is why there is a federal program in place to do just that. Trouble is, like so many other government programs, this one seems to be on autopilot with no reliable way to measure whether it has been effective or successful, the Washington Free Beacon reports.

The federal government’s watchdog agency, the Government Accountability Office, said in a recently released report that the Nuclear Smuggling Detection and Deterrence Program, or NSDD, “cannot measure its progress toward completing key activities” because its current goals and objectives are not measurable and don’t address all of the tasks that are relevant to the program, as well as other shortcomings.

This, despite the fact that the program has spent $1 billion over five years to provide equipment and training to countries in a bid to counter nuclear smuggling. The program plans to spend another $809 million over the next five years.

The WFB noted that the NSDD is supposed to be an important element of the federal government’s effort to prevent terrorists and other non-state actors from getting nuclear or radiological materials that can be turned into weapons of mass destruction.

“NSDD cannot measure its progress toward completing key activities and achieving these goals,” the report says.

“NSDD’s goals are not all measurable, some describe actions rather than outcomes, and they do not fully address all of the program’s key activities,” the report goes on to say. “In addition, its performance measures are not aligned with these goals, and its program plan does not detail how it will complete key program activities or achieve its goals.”

If the program cannot measure progress, officials who run the program may not be able to detect smuggling or recognize if or when their mission has been accomplished. Also, they risk “continuing to deploy equipment past the point of diminishing returns,” which of course places an undue burden on taxpayers, the GAO auditors said.

The counter-smuggling agency is located within the National Nuclear Security Administration, a semi-autonomous agency that operates as part of the Department of Energy and which adds to the national security mission by promoting the military application of nuclear science. The agency, which was established nearly 20 years ago, protects the U.S. stockpile of nuclear weapons and works to bar rogue nations and non-state actors from obtaining nuclear weapons.

The NSDD partners with 59 countries to provide tools and training in order to detect and counter nuclear smuggling. Program officials install radiation detection systems at locations of interest worldwide, including airports, seaports, and border checkpoints.

The NSDD has selected four five-year goals to guide its actions, but they are not easily measurable and don’t cover all of the program’s objectives, GAO found.

“NSDD officials do not know whether the program will be able to fix or replace them and, if so, when,” the report says. “To mitigate this challenge, NSDD plans to deploy additional radiation detection equipment at key locations outside the conflict area.”

There have been roughly 2,900 confirmed cases of illicit trafficking of nuclear and radiological materials as of 2015, according to an International Atomic Energy Agency database. Those cases come only from countries that volunteer the information, the WFB reported.

“NSDD faces an unusual set of challenges in performing its work, many largely outside of its control. Nonetheless, the program is taking actions to mitigate the effects of these challenges,” the report said.

In October the Center for Strategic and International Studies highlighted an Associated Press report covering several years’ worth of investigation found that nuclear smuggling in Eastern Europe was commonplace. Sellers were hoping that the smuggled materials would find their way into the hands of Islamic extremists.