Is Russia about to start a nuclear arms race in space? This craft makes you think so 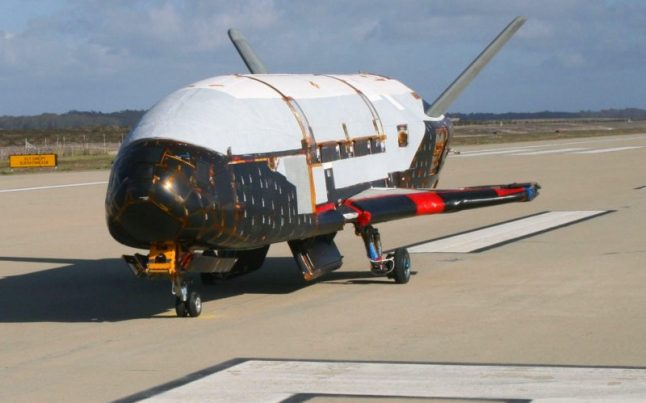 (USA Features) Practically since the dawn of the nuclear age the great powers have striven to keep atomic weapons out of space, but Russia appears ready to disregard that with the development of a new spacecraft that is capable of delivering nuke-tipped missiles anywhere in the world within a few hours.

As reported by The Daily Beast, the Kremlin’s claims that it is making progress on a space plane similar in design and function to the U.S. Air Force’s secretive X037B robotic mini-shuttle isn’t too surprising or worrisome. Many governments and private firms are at work developing planes and craft that can take off via rocket or a runway, then return to earth for quick refurbishment and reuse.

The difference is, Moscow appears set to arm its space plane with nuclear weapons.

However, actually doing so would be a gross violation of international law, if not rank hypocrisy on the part of Russia. It was not that long ago, The Daily Beast noted, that Moscow accused the U.S. of weaponizing space by launching the nimble and versatile X-37B, which resembles the old space shuttles but is about a quarter their size. In theory, the X-37B could carry weapons, but it does not.

“To be clear, a nuclear-armed space plane would be dangerously destabilizing, as it would totally upset the current, tenuous balance of power between the United States and Russia,” The Daily Beast reported. “The Pentagon could respond to a Russian orbital nuke bomber by quickly deploying a space bomber of its own. In other words, an atomic arms race… in space—a development no one should welcome.”

Lt. Col. Aleksei Solodovnikov, a rocketry instructor at the Russian Strategic Missile Forces Academy in St. Petersburg who is overseeing the space plane’s development, says the orbital space bomber would likely be ready for flight by 2020. It’s not clear how much cash Moscow is putting into the project or how serious senior officers really are about deploying – and arming – the plane. Or even if Solodovnikov and his team will even finish what they started.

But a militarized space plane would give Russia an potentially history-changing nuclear first-strike capability that no other nation has, though the U.S. likely could match the Russians quickly.

“The idea is that the bomber will take off from a normal home airfield to patrol Russian airspace,” Solodovnikov said, according to Sputnik, a government-owned news site. “Upon command, it will ascend into outer space, strike a target with nuclear warheads and then return to its home base.”

Thanks to its orbital capability, the bomber would be able to nuke any target on Earth no longer than two hours after taking off, Solodovnikov stated.

That is no small feat, for it would require what is called a combine-cycle engine: One that “blends the efficiency of an air-breathing turbofan and the instantaneous power of a rocket,” The Daily Beast reported.

The U.S. has been working on the concept for decades but has yet to perfect it. However, one Russian official claimed recently that Moscow has built a successful design.

Such a plane would also need to be tough and lightweight, for it would have to be in order to handle the stresses of achieving orbit and then reentering earth’s atmosphere.

Sign up here to have USA Features Media email you our daily headlines.