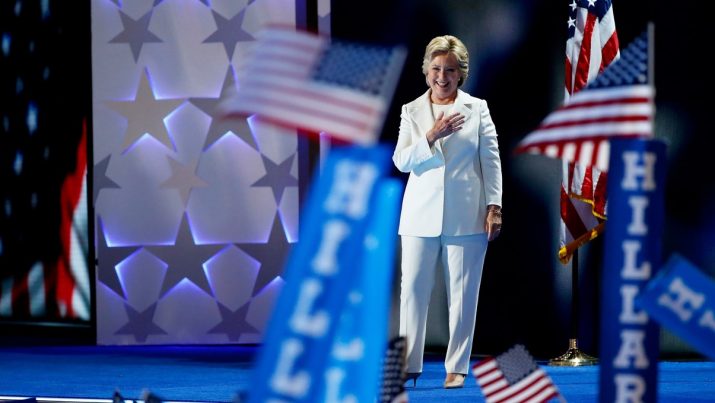 (NationalSecurity.news) Congressional critics of Democratic presidential nominee Hillary Clinton’s use of an unsecured private email server while serving as secretary of state have long stated that they feared that any sensitive and classified information she discussed was likely in the open – meaning, it was probably hacked and stolen by foreign powers.

Now, one U.S. senator says he believes her “careless” server use may have led to the executive death of an Iranian nuclear scientist who was reportedly working with U.S. intelligence services, providing them information about Tehran’s nuclear weapons programs.

“I’m not going to comment on what he may or may not have done for the United States government, but in the emails that were on Hillary Clinton’s private server, there were conversations among her senior advisors about this gentleman,” Sen. Tom Cotton, R-Ark., said on “Face the Nation” on Sunday.

Cotton was speaking about Shahram Amiri, who gave information to the U.S. about Iran’s nuclear program.

He went onto note that he believed her lapses prove she is not capable of protecting the country.

“That goes to show just how reckless and careless her decision was to put that kind of highly classified information on a private server. And I think her judgment is not suited to keep this country safe,” he said.

Iran said on Sunday that it had indeed Amiri had been hanged for treason.

“Through his connection with the United States, Amiri gave vital information about the country to the enemy,” a spokesman for the Iranian judiciary said.

In his statement in early July declaring the FBI would not recommend Clinton be indicted for her improper use of “several” private email servers, Director James Comey did say that investigators believed that because they were unsecured by government agencies, she was likely hacked.

“With respect to potential computer intrusion by hostile actors, we did not find direct evidence that Secretary Clinton’s personal e-mail domain, in its various configurations since 2009, was successfully hacked. But, given the nature of the system and of the actors potentially involved, we assess that we would be unlikely to see such direct evidence,” Comey said.

“She also used her personal e-mail extensively while outside the United States, including sending and receiving work-related e-mails in the territory of sophisticated adversaries. Given that combination of factors, we assess it is possible that hostile actors gained access to Secretary Clinton’s personal e-mail account.”

Cotton appears to be the first lawmaker to make the assertion that Clinton’s emails have directly led to the death of a strategic U.S. intelligence asset, though recently a member of the House Permanent Select Committee on Intelligence suggested that Clinton’s servers were hacked and that data was now in the hands of competitor nations.

“We all live in an environment now where we see bad actors [like] the Chinese People’s Liberation Army, the Iranians, the Russians, who all have active cyber programs to steal emails,” Rep. Mike Pompeo, R-Kan., told the Washington Examiner.

“I think it’s the case for the DNC as well as for Secretary Clinton’s homebrew server,” he added. “One has to assume those bad actors are going to obtain access to those servers. So that information is available. That’s why classified information needs to never be put there.”

“I think it’s almost certain that the 33,000 emails Secretary Clinton destroyed … are in the possession of nation-state actors that intend to do destruction to America,” Pompeo said. “I think it’s incredibly likely. I think that’s what [FBI] Director James Comey told us as well.”